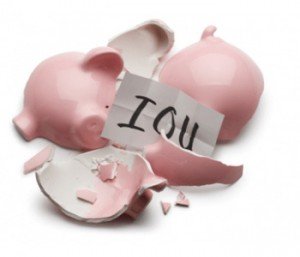 I know I’m not alone in thinking that our Members of Parliament have taken advantage of the system. Decade in and decade out they seem to do little but vote themselves ever larger pay increases, fatter pensions. Oh, and more government intrusion into our daily lives as well.

Overblown MP pensions have infuriated a lot of Canadians and even Prime Minister Harper seems to be getting the message. In a recent interview with Peter Mansbridge he said that MP Pensions had to be up for debate too, if Old Age Security and the Canada Pension Plan were going to be up for review.

It’s the first time I can recall that a sitting Prime Minister has said he would look at MP pensions. Talk is cheap though, so it remains to be seen if the Conservative Prime Minister of Canada will actually act like a true conservative and do anything to curb out-of-control MP wages, benefits and pensions.

You see, it’s not just the issue of MP Pensions that needs to be addressed here; it’s the entire pay scale for our Members of Parliament.

At a time when the average Canadian only earns $40,000 per year, it’s hard to fathom why first-term Members of Parliament are paid a whopping FOUR TIMES THAT ($159,000) just for getting elected.

It’s like hitting the lottery for folks like single mother Ruth Ellen Brosseau, who sailed into Parliament riding the wave of Jack Layton’s Orange Crush during the last federal election. She didn’t campaign at all, was in Las Vegas during the actual election, still won her riding in a landslide and the lucrative MP Lottery along with it.

It’s not that I begrudge a single mother doing better for herself and her child. Far from it! If anyone deserves a break, it’s certainly a single mom like Ruth Ellen Brosseau, but getting paid four times the average Canadian’s annual salary for a first-term Member of Parliament is ludicrous.

Long gone are the days of “public service”, where folks would run for public office because they felt a sense of civic pride and a need to give back to their communities.

What we have now are people who seek to get elected solely because they see big dollar signs in their eyes. One hundred and sixty grand a year plus expenses is a darn healthy lifestyle for anyone, single mother or not.

In the wake of Prime Minster Harper’s statement during his recent interview with Peter Mansbridge, the Canadian Taxpayer’s Federation (CTF) has launched a new initiative to urge the members of the Board of Internal Economy (BOIE) to come up with a plan for changing the way MP Pensions are dealt with.

Following on the heels of the CTF’s “bombshell report,” (CTF Report on MP Pensions: A Taxpayers’ Indictment — PDF download) news is breaking that under pressure, the Conservative government is sending this issue to the Board of Internal Economy (BOIE) to come up with a plan for changes.

Please e-mail the Board of Internal Economy committee members:

And let them know what you think of gold-plated MP pensions at a time when so many Canadians have no pension plan at all.

Public Service used to come with the knowledge that part of the reward was knowing you were doing something for your community, for your country. Along the way it’s been transformed into meaning feeding at the Taxpayer-Funded Trough, taking everything you can get at taxpayer expense, and then walking away set for life, again, all on someone else’s dime.

That’s just plain wrong, and it’s got to stop.

At this very moment, for every dollar that an MP pays into his or her pension plan, the rest of us are on the hook for $23.30. For example, if an MP kicks in $100, then the rest of us collectively must kick in $2,330, and that’s just for a single MP.

Only those who have lost all contact with the stark economic reality that the rest of us Canadians face every day could possibly believe they are entitled to that level of thievery from their fellow citizens.

Take New Democratic Leader Nycole Turmel as a perfect example of an overblown sense of entitlement. She’s perfectly willing to demand improved pensions for working Canadians, but balks at any attempt to change the overblown salaries and benefits paid to MPs. Her sense of entitlement has clearly overtaken her God-given common sense.

But then that’s what Ottawa has become, isn’t it? A group of elected Members of Parliament who feel 100% entitled to the money the rest of us work so hard for every single day. It is that very sense of entitlement must stop.

Contact the BOIE members listed above and demand that MP Pensions be brought back to reality, where Taxpayers match MP contributions dollar for dollar, not at the current rate of $23.30 to $1.

That is simply unacceptable by any standard except that of a pig feeding at the trough paid for by taxpayers.

While I wholeheartedly agree with the CTF’s mission to change the way MP Pensions are funded, we also need to deal with the fact that Members of Parliament are paid four times what they ought to be paid.

Perhaps then we would get people actually willing to serve, instead of those looking to win the lottery every four years.