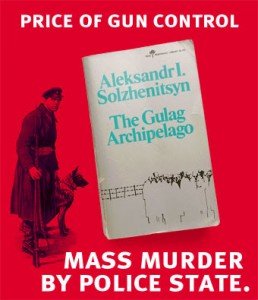 The many failures of Canada’s “gun control” scheme are well known to anyone willing to actually look at the facts.  For those unwilling to do so, however, no amount of proof that the system doesn’t work will ever be enough.

The latest proof of the uselessness and dangerousness of the current gun control scheme comes from Kamloops, British Columbia, where a convicted drug dealer with a court-ordered firearms prohibition was arrested after pointing a loaded handgun at an RCMP member.

Jeremy Jensen, the defense lawyer for Jacques Richard Bedard, the man with the pre-existing firearms prohibition order against him, had the audacity to say this to reporters:

“He has the firearm in his possession for his own protection.”

Maybe he ought to stop dealing heroin then… it’s just a thought.

Clearly, while the RCMP focuses its time and resources on abusing law-abiding firearm owners, like the owners of the Armi Jager AP-80 that the RCMP arbitrarily reclassified and is now demanding be turned in for destruction or face criminal charges. As I wrote a few weeks ago, Sun TV’s Brian Lilley comprehends the issue, so why can’t Public Safety Minister Vic Toews?

When a convicted criminal with firearm prohibition order against him can easily obtain a handgun and then point it at a cop, even the most ardent supporters of the Firearms Act should be able to comprehend the system does not meet its intended goal, right?

I wish.  Nothing is quite so powerful as willful ignorance.

The simple fact that all of those gun haters, gun banners and gun registry lovers refuse to face is that criminals, real criminals like Jacques Richard Bedard, will never obey the law, are NOT tracked in any way by Canada’s Firearms Act and its licensing or registration schemes, and a firearm prohibition order, just like a restraining order, is nothing but a useless piece of paper unless the subject of the order chooses to obey it.

Here in Canada we prefer to leave convicted criminals with firearm prohibition orders alone.  We wouldn’t want to violate any of their precious civil rights, would we?  Of course not.  It’s way easier and far less dangerous to harass law-abiding firearm owners, like those who diligently followed the law and registered their Armi Jager AP-80’s, for example.

The RCMP knows two things about those folks right away;

1. They are no threat to public safety, and
2. They won’t shoot back when police come to seize their firearms.

They sure can’t say the same for convicted criminals with firearm prohibition orders against them like Jacques Richard Bedard, can they?

But that’s the crux of the problem, isn’t it?

The very people who SHOULD be tracked are NOT, and the people least likely to ever cause police any trouble ARE.

“Obviously, the Crown views this as an extraordinarily serious file,” Crown prosecutor Sarah Firestone said, adding Bedard is bound by a court-ordered firearms prohibition stemming from a 2004 drug-dealing conviction.

The system is completely bass-ackwards, focused entirely on those who will never be a public safety concern, while completely ignoring the hundreds of thousands of Canadians who have proven they ARE a threat to public safety.

We don’t track them at all.

The police cannot tell you where a person with a firearm prohibition order lives.  There is no requirement for them to report any change of address, to register themselves with the government, or face unconstitutional search and seizure.

That’s screwed up and it’s time that we as a nation take off the blinders and see it and, more importantly, rectify the problem.

The RCMP’s handling of this case does lead to some questions. Tim Petriu’s story contains the following statements:

Mounties applied for a search warrant, and were initially turned down. They tried again later in the day and were successful.

That makes me wonder a few things.

First, why was the search warrant turned down in the first place.  That’s not to say I believe it should have been granted, but that I’m curious about why a warrant was turned down in a case where judges routinely issue them.

Second, not getting the answer they wanted, did the RCMP keep shopping for judge after judge until they found one that would grant their wishes?

It sure looks that way on the surface.