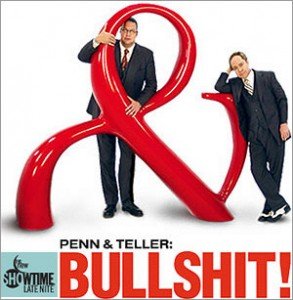 A conservative-minded individual passes through several distinct stages before he is enveloped by the Marxist-Leninist ideology.

First, he rants that the philosophy is damnable, dangerous, disorderly, counter-opposed to law and the Christian faith and is a scourge to a “free society”.

Next, he is brainwashed to believe he has no rights and tires of standing up for some nebulous thing. The issue is of no importance one way or another to him, he says.

Finally, he asserts to having always upheld and believed in the socialist doctrine. He is converted to the fold and displays solidarity in the spirit of “getting along” with his new comrades.

When people stop fighting for their rights, beliefs and the law that govern their abilities to exercise their freedoms, they are finished; they are doomed; they are slaves.

It is not compatible with a “free society”because sustainable development thwarts ownership of private property which is the cornerstone of any free and democratic society.

Yet the Canadian government’s report to the United Nations Commission on Sustainable Development in 1996 made a harebrained statement,

“Canada believes the establishment of an international financial and economic system that is conducive to sustainable development must be a cornerstone of efforts to implement Agenda 21.”

Inclusive in private property are mining claims, which are privately-held property where a person conducts his business. But a regulatory taking of any privately-owned property by any government is the beginning of the end to a “free society”.

In upholding the United Nations’ desire to destroy capitalism, the Supreme Court of Canada ruled against private property rights on July 29, 2003.

The law should be designed to protect people, liberties and properties and to maintain the right of each, political economist Frédéric Bastiat urged. It should cause justice to reign over all.

Unfortunately, law has been applied to annihilating the justice that it was supposed to maintain. It has limited and destroyed the individual rights which its real purpose was to respect and uphold, Bastiat said.

The law has placed the collective force at the disposal of the unscrupulous, who wish, without risk, to exploit the person, liberty and property of others.

Bastiat was proven right, as was journalist H.L. Mencken and Professor Butler Shaffer of Southwestern University School of Law, Los Angeles, plus a lot of other learned people.

Professor Shaffer pointed out that every political system was founded upon a disrespect for private property as well as the rightful authority to violate the property owner.

Not only were property rights not entrenched into the Canadian Constitution 1982, but on that fateful day in 2003 the Supreme Court of Canada had the unmitigated gall to rule that Canadians do not have property rights by virtue of the fact that “Anything you own can be expropriated without due process and without compensation.”

What kind of a democracy are we running here?

What kind of justice could an ordinary Canadian, who has no political connections, expect to find with a panel of judicial activists – the majority French – whose decisions were contrived to fit hand-in-glove with the property and firearms agenda of a Liberal Party of the day tied so tightly to the United Nations it was difficult to determine at the relevant time if Jean Cretien or Kofi Annan or Maurice Strong was the prime minister of Canada?

And that disgusting schmoozing has carried over into the CINO (Conservative In Name Only) government of Stephen Harper & Company. Currently, it’s hard to tell if Stephen Harper or UN’s Korean-born Secretary-General Ban Ki-moon or the de facto, Muslim-bent U.S. President Barack Obama is the prime minister of Canada.

The top court’s ruling meant that the-then Liberal government and all subsequent governments can simply ram a law through Parliament, giving itself the right and the power to confiscate each and every bit of Canadian-owned property falling under federal law without paying a dime in compensation to the legal owners.

So warned member of Parliament Garry Breitkreuz, the-then Official Critic for Firearms and Property Rights for the Canadian Alliance Party.

“This Supreme Court ruling should raise concerns for all Canadians over their ability to enjoy their own property, including the fruits of their labour.  What more evidence do you need that Liberals are undoing everything our ancestors fought for, for hundreds of years?“

Parliamentarian Breitkreuz went on to make the true and profound statement in a news release that “a free and democratic society needs to have the best protection of property rights or else all is at risk.”

Breitkreuz repeatedly called for entrenchment of property rights in the Canadian Charter of Rights and Freedoms.

His dream won’t happen as long as Canada is closely aligned with the United Nations, an unscrupulous institution that does not recognize a “free society”. Its manifesto calls the new communist governance a “civil society” (a euphemism for New World Order or One World Government; take your pick).

The UN created its Commission on Sustainable Development to advance Agenda 21, a method for removing land from human activity.

Through this politically-correct agenda, a swarm of an estimated 40,000 non-government organizations (NGOs) operating internationally have spun off to concentrate on a myriad of “special interest” that aid and abet sustainable development.

The representatives who comprise these boards and councils are “policy hounds” who only bring in hand-picked, like-minded eco-greens from government, environmental groups and Indian bands to serve as other “stakeholders”.

The few token seats reserved for private industries never equal the eco-Nazis at the table.

Most private-sector reps are volunteers who are not paid for this time-wasting exercise and should have been out doing productive work all these years.

Countless presidents and directors from mining and other industry associations and private businesses have suffered burn out for many decades, attending an endless string of meetings that were and are charting their demise.

Private industry should have learned long ago never to try playing patty cake with rattlesnakes. Why “negotiate” a process when the decisions are predetermined?

If the industry reps are present at the table and don’t like the outcome (which they won’t), then they have no recourse.

As proven by the Group of Nine from business and industry that boycotted the Yukon Protected Areas shenanigans, the non-legal, land-grabbing strategy had to be put on perpetual hold. (Premier Dennis Fentie’s Yukon Party government should have embalmed and burned that piece of junk! But, no. And it came back masqueraded under different titles and initiatives to further alienate land and property holdings from rightful owners.)

Not showing up to “negotiate” offered leverage. Industry at least had room to complain. It can ask governments at all levels to ignore the sneaky, ill-conceived environmental policies which allow bullish bureaucrats the power to withhold rights through a discretionary licensing and permitting system.

Same rings true with the placer miners. They should never have been at the table “negotiating” rights they already held. If they don’t like the outcome (which they partially compromise away each time they go to the so-called “negotiating” table), they don’t have any recourse because they were present when the decisions were made. The Green Clubbers always call that a “consensus”.

(See this Blogsite for The Time for Compromise is Over
https://christopherdiarmani.com/1354/abuse-of-police-authority/the-time-for-compromise-is-over/)

But the real hazard with these eco-groups, spawned in the name of “sustainable development”, is the absence of accountability.

It is one thing for industry to boycott the process but quite another matter if the general public does not like the policies developed by these specialty groups.

Ordinary citizens can’t unelect those who were not elected. The ones appointed won’t be unappointed until their designated tenure expires.

Most times, people don’t know what transpired behind closed-door sessions at these public-funded meetings that are wrongly designated off-limits to observers. These meetings are not televised and broadcast for home viewers and listeners like city council meetings and the legislative assembly.

Sustainable development is an evil, lunatic concept that eliminates individuality and provides a textbook description of how each person will behave collectively under the “Third Sector”, which is trendy UN vernacular for “Third Reich”.

“It is clear that current lifestyles and consumption patterns of the affluent middle class, involving meat intake, consumption of large amounts of frozen and convenience foods, use of fossil fuels, appliances, home and workplace air conditioning, and suburban housing, are not sustainable.”

Those are the words of Manitoba-born Maurice Strong, a UN puppet, addressing the opening session of the United Nations Earth Summit II in Rio de Janeiro in 1992 where Agenda 21 was born.

Everything went down hill from there.

Strong’s proposals called for reversing the advancements of human civilization by eliminating domestic livestock and fisheries, thus depriving the masses of meat and dairy products.

He proposed to dismantle all industry, including farming. Without industry, there is no need for rural and northern communities. For the last number of years, we’ve witnessed grain elevators yanked down, fewer if any trains whistling through, and rural communities across Canada and the United States turning into virtual ghost towns.

There will be no more comfortable houses heated with an oil furnace or electricity. Or if there is, the government will do the controlling of individual unit-heating and power requirements from remote computer sites using Smart Energy Control technology in the name of energy conservation.

To meet these Hitlerism objectives of eliminating benefits and amenities that serve humans’ health and comforts, first the planet must be cleansed of capitalism.

The best place to start is by ridding the planet of the middle class which is comprised of the educated, innovative money-earners. Survivors of the purge will be reduced to poverty and relocated into human concentration camps.

The principles of “sustainable development” are set forth to determine the food you eat, clothes you wear, where you live, how you dispose of waste, where you are “allowed” to work, how you get to work, and even the number of children you are “permitted”.

The ones diagnosed in the womb as having mental and/or physical disabilities which pre-supposes they are not capable of growing up as productive slaves in society will be murdered pre-birth; the ones born inadvertently will be injected with Big Pharma’s deadly vaccines.

The United Nations has decreed that a One-World Government will take custody of all children who are allowed to live.

The goal of sustainable development is to transform the world into a feudal-like governance by making nature the central organizing principle for our economy and society, explains Tom DeWeese, president of the Virginia-based American Policy Center.

He advises that the international agenda has been set in motion, beginning with the United Nations’ treaties and agreements.

“That agenda is now working its way down through federal to state to local government policy,” DeWeese added.

“It is now the official policy of the United States government; and every single city, town and small burg in this nation is working on plans to implement it.”

There are no exceptions in DeWeese’s country nor in Canada.

Sustainable development is an odious concept that does not recognize constitutional rights nor property rights in any country.

One sage suggestion as to how society can start zapping this freedom-sucking pestilence came from journalist Henry Lamb, chair of Sovereignty International.

All political candidates should be asked publicly before every election to state his/her commitment to a “free society” or to a “sustainable society”.

It cannot be both ways, he asserted.

Sustainability and a free society simply are not compatible.