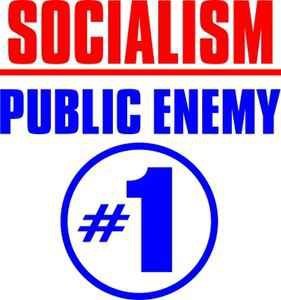 Even shakier for Canadians is that personal rights have never been carved into a constitution like the rights of the American cousins, who are embroiled in the throes of fighting against their erosion, too.

Canadians mostly lived under the same rights and freedoms as our neighbours by virtue of the fact this country is so vast, the population so sparse, and, until recently, the government visibly absent from the daily personal lives of the-then 30 million head count.

Canadians enjoyed a sort of de facto style of economic and political freedom for centuries until the government started the slow-motion, dangerous practice of denying rights.

The order was coming down from the United Nations on-high level but nobody paid attention until it was nearly too late.

Everybody is born with natural rights, regardless of their birth place. It’s just that in China, Cuba or some other two-bit, tin-pot backwater dictatorship in Africa or South America the birthrights are denied.

Birthrights are people’s real rights which should be set apart from the state as was done under the United States Constitution. Yet most people–Americans inclusive–assume the government is the source of their rights.

But denying rights to the masses is easily accomplished with vaguely-written laws, which are the tools of dictatorial devils, even if dictatorship isn’t the ultimate intent when the laws are penned.

Incrementally, the laws are abused to expand governmental power over people’s personal rights and freedoms.

“All too often, when Congress, the President, or the courts propose a solution for some perceived problem, they create a new set of rights for some group, or even for some animal or object,” observed John Silveira, author of “The Coming American Dictatorship” for the January/February 2001 issue of Backwoods Home Magazine.

“And they pretend that these new rights supersede our natural rights. And, of course, as long as we’re willing to go along with that idea, they do.”

British essayist and critic G.K. (Gilbert Keith) Chesterton offered the reminder that “Any one of the strange laws we suffer is a compromise between a fad and a vested interest….It isn’t that (the politicians) can’t see the solution; it is that they can’t see the problem”. And then he mused: “It is terrible to contemplate how few politicians are hanged.”

Back in February of 1999, Charlton Heston (1923 to 2008) addressed 200 students at a Harvard Law School Forum. The profound presentation is worth reading in its entirely:

I grew up on Charlton Heston’s movies and admired his acting talents greatly. When still young enough to require my mother’s escort to the theatre, I knew that Heston was special, a bigger than life character.

At an advanced age, I began to admire him more for his personal principles. While Hollywood stardom often ruins actors, Heston’s firm principles were never compromised by fame and fortune.

His number one principle was Family First. He refused to go on far-off, extended location without his classy wife, Lydia, an actress and professional photographer, who was definitely the love of his life, and the two children, Fraser and Holly.

I guess if the movie studio didn’t like his terms he didn’t take the part. But I never heard any reports to that effect.

During his movie career, Heston represented the ideals of and spoke for a variety of great men of history. On the screen, he portrayed a prophet, a general, a king, an American president or two, even Michelangelo.

Then he began speaking to the nation as an American citizen and conservative activist who was concerned about erosion of personal rights, liberties and freedom.

“If my Creator gave me the gift to connect you with the hearts and minds of those great men,” he told the forum,” then I want to use that same gift now to re-connect you with your sense of liberty, your own freedom of thought, your own compass for what is right.”

At the relevant time, Heston had only served a year as the oft-ridiculed president of the oft-maligned National Rifle Association in a heroic effort to defend Second Amendment freedoms which states that Americans have the right to bear arms and which is still under solid bombardment from the current U.S. Marxist government.

Heston knew for certain that firearms weren’t the only issue. But his high-profile image and pro-gun stance made him a target for irresponsible journalists to ridicule and castigate him for his past roles, specifically Moses.

The cutesy, prancing presstitutes called Heston “a brain-injured, senile, crazy old man” and a few other choice names–similar to what they are pulling presently on 2012 Republic presidential candidate Ron Paul.

When the Marxist name-calling fests begin on any subject, intelligent debate ceases.

Heston, who marched with Dr. Martin Luther King, Jr. in 1963, once told an audience that white pride is just as valid as black pride or red pride or anybody else’s pride. The presstitutes labelled Heston “a racist”. (Morons of the same ilk are calling Paul a “terrorist” for objecting to airport agents’ genital-groping and an intentional detainment resulting in missing a flight.)

Hollywood is fraught with males of same-sex persuasion and many with whom Heston worked during his acting career were brilliantly-talented. He once told an audience that gay rights should extend no further than your rights or his rights. The media whores went crazy and labelled him “a homophobic”.

Heston, who loved his country and would never raise a fist to attack it or its citizens–only defend it from enemies–once asked an audience to oppose cultural persecution. The media whores compared Heston to Timothy McVeigh, one of the men held accountable for bombing the federal building in Oklahoma City and killing scores of people.

Time magazine, CNN, the New York Times and other Marxist midden-stream media muckrakers took a vicious swipe at Heston. He was told to curb his language. It was not fit nor authorized for public consumption!

In a two-year lapse (2001) after his 1999 speech given to the Harvard Law School Forum, the text of his presentation took on a life of its own and became widely-circulated.

“While the references are American, the material is just as pertinent for Canadians,” advised the Regina-based Centre for Prairie Agriculture, an organization comprised of farmers who were well-aware about the loss of land (read UN environmental Agenda 21) and freedoms.

Heston had warned his audience about a raging cultural war of Orwellian fervor waged against free people.

“I believe that we are again engaged in a great civil war, a cultural war that’s about to hijack your birthright to think and say what lives in our heart,” Heston stressed.

“I fear you no longer trust the pulsing lifeblood of liberty inside you–the stuff that made this country rise from wilderness into the miracle that it is.”

Martin Gross underscored Heston’s points about cultural war in a book appropriately titled The End of Sanity: Social and Cultural Madness in America.

“Blatantly irrational behavior is rapidly being established as the norm in almost every area of human endeavor,” he wrote.

“There seem to be new customs, new rules, new anti-intellectual theories regularly foisted on us from every direction. Underneath, the nation is roiling.

“Americans know something without a name is undermining the nation, turning the mind mushy when it comes to separating truth from falsehood and right from wrong. And they don’t like it.”

Neither do “politically-incorrect” Canadians like this nameless, invisible, spineless ameba-like menace lurking about either.

One example Heston related was the unfortunate incident of David Howard. The head of the Washington, D.C., Office of Public Advocate dared to use the word “niggardly” while discussing budgetary matters with colleagues.

Howard was forced to make a public apology for the ignorance of the public-employee morons who also forced Howard’s resignation.

They didn’t know that “niggardly” is a perfectly good English word meaning “scant” or “stingy”. They didn’t even have the gumption to know how to look up the definition in a dictionary.

How goofy can these idiots get?

“Let’s be honest,” begged Heston of the Harvard students. “Who here thinks your professors can say what they really believe?”

Only a “niggardly” number of hands shot up.

“Now, that scares me to death, and should scare you too, that the superstition of political correctness rules the halls of reason.”

He lauded the students as the best and brightest–although I would have qualified his reasoning by inserting the words “supposed to be” since I cannot see the “best and brightest” coming out of Harvard.

“You! Here in the fertile cradle of American academia, here in the castle of learning on the Charles River, you are the cream,” continued Heston.

“But I submit that you, and your counterparts across the land, are the most socially-conformed and politically-silenced generation since Concord Bridge (second battle of Revolutionary War in April, 1775).

“And as long as you validate that and abide by it, you are–by your grandfathers’ standards–cowards.”

He begged them not to let American universities continue to serve as incubators for this rampant epidemic of New McCarthyism. “But how can anyone prevail against such pervasive social subjugation?”

Disobey, he emphasized. “Peaceable, yes. Respectfully, or course. Nonviolently, absolutely. But when told how to think or what to say or how to behave, we don’t. We disobey social protocol that stifles and stigmatizes personal freedom.”

Heston learned the awesome power of disobedience from Martin Luther King, Jr. who learned the art from Gandhi and Jesus and other great men who led those in the right against those with the might.

It was King who said: “One who breaks an unjust law that conscience tells him is unjust is in reality expressing the highest respect for law (by saying) we will not obey your evil laws.” This phrase became accepted as the motto for the pro-gun movement.)

Heston implored the audience to reject cultural correctness that weakens personal freedom. Be careful, though, he cautioned.

“It hurts. Disobedience demands that you put yourself at risk. You must be willing to be humiliated.”

But people should never be cowed by criticism, because, in the words of U.S. Supreme Court Justice Clarence Thomas, the most effective tactic of brutes is to intimidate an opponent into the silence of self-censorship.

Thomas strongly advised people to “be not afraid”, for it is courage that is the badly-needed ingredient to preserve freedom.

Heston told his listeners they must be willing to act, not just talk.

When a mugger sues his elderly victim for defending herself against the attack with a cane (or the Crown won’t prosecute the intruder who trashed your house), jam the switchboards and phone lines of the appropriate person or offices in the Justice department until you are awarded with real justice–not namby-pamby politically-correct goop.

When your school or university is pressured to lower academic standards so 80 per cent of the students can graduate with honours, clog the halls of the board of regents or Education department.

When an eight-year-old boy kisses a girl on the cheek in the playground and is hauled into court for sexual harassment, march on the school.

When an elected person or one appointed to a high-ranking position are seduced by political power and betray you, use petitions as one means of ousting the goofs from office and banish them to the junk heap of has-been public agents.

When magazines or newspapers portray Christians as deranged or show you and your ilk as knuckle-dragging, sub-IQ species who don’t deserve to inhabit this planet, hit the publications where it hurts. Refuse to buy, read or advertise in it. And do a boycott blitz on all products that are advertised in the rag.

Then, pray for God to send one of those great leaders Heston used to depict on the screen to guide all Canadians–nay, all North Americans–out of this moronic asylum and back to the promised land.