This is a story that ends the way it should, with the would-be rapist filled with lead, his would-be victim standing over him, smoking gun in hand. Sadly, (NOT!) the attempted rapist died later at hospital.

While the story happened last May in Gwinnett County, Georgia, it is one that bears highlighting, if for no other reason than to commend this brave woman for doing what she had to do to survive her attacker.

This story happens countless times every year, but very few are reported, primarily because they don’t have such a happy ending as this.  Usually these stories end up with a woman raped, beaten and humiliated, too terrified and too ashamed to say anything to anyone.

The mental health consequences of these attacks are horrible.  A woman’s entire life is destroyed in a matter of minutes by a power-hungry thug.  I guess that’s why when I stumble across stories where the correct ending came about I am pleased and feel a need to share my good feelings about the way the story worked out.

This is not to say the story was all fun and games… for it certainly was not.  A 53-year-old woman stepped out of her shower only to be faced with a knife-wielding rapist intent on having his way with her.

She wasn’t about to let that happen without a fight, and Thank God for that!  She tried beating him off with the shower rod before he took her to the ground and took that away from her.  He then forced her into her bedroom, and before he could undress himself, this smart woman told the man she had money and would get it for him.

Instead of bringing cash out of the drawer, she raised a  .22 calibre pistol and dumped 9 shots into the man, sending him fleeing out the back door, only to collapse in the yard, barely clinging to life.

The knife fell harmlessly to the ground beside his body.

While this rapist story ended properly and this unidentified Duluth, Georgia, woman undoubtedly saved many other women from facing the same horrible situation, the dead man likely had many previous victims who were not so lucky. 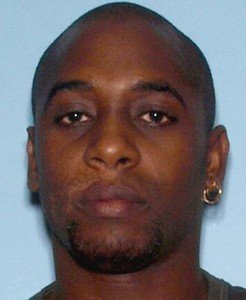 The dead man was later identified as Israel Perez Puentes, a Cuban citizen living in Alpharetta, Georgia, and his estranged wife told reporters he had previously been arrested for burglary.

Had this happened in Canada, the man would have absolutely nothing to fear.  Women in Canada are prevented from owning firearms for self defense.  Everyone is.

After you’ve jumped through all the hoops to get your Canadian Firearms Acquisition License, try purchasing a handgun with the reason “self defense” listed as why you want the firearm.

You will be denied, and likely police will investigate YOU for any infraction they can find, since clearly you are not to be trusted.