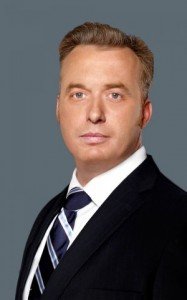 As most in the know in gun circles has been aware of for some time, the RCMP is demanding that owners of a specific .22 calibre rifle, the Armi Jager AP-80, turn in their rifles for destruction without compensation. This rifle that merely looks like, as Brian Lilley said on his Sun TV show Byline, “the dreaded AK-47“, but has no parts in common with it and cannot be converted to shoot centerfire ammunition.

The rifle was initially imported into Canada about 20 years ago and listed as a non-restricted firearm.  Then the anti-gun bureaucrats got ahold of a photo of it and decided that it was “bad and evil looking” and must be banned.

That started the long process that wound up in court, and finally was dismissed by a judge, all of which made way for the RCMP to unilaterally reclassify a simple .22 calibre rifle as a “prohibited weapon.”

Brian Lilley’s disgust with the Conservative government that was supposedly on the side of Canadian gun owners is palpable.

Unlike most media folks, Lilley actually comprehends what the RCMP bureaucrats are doing while Public Safety Minister Toews clearly does not: reclassifying non-restricted firearms as prohibited so they can keep gun registry records of them alive.

Just because a firearm cosmetically looks like an AK-47, that  doesn’t make it one, as Brian Lilley so aptly points out.

I was actually horrified to see Minister Toews defending the RCMP’s actions on this case for two reasons.

First, it is the Minister of Public Safety, not some nameless and faceless RCMP bureaucrat hiding in a cubicle somewhere, who should be making these decisions.

Second, Minister Toews clearly has no idea what he is talking about, as evidenced by his response to a question posed by Sun TV’s Jacqui Delaney:

“Every time a new firearm is imported into Canada, there is a process to classify it, and if it’s a prohibited one, then Canadians can’t own it.”

In saying this, Minister Toews reveals his total ignorance of the facts.  The AP-80 is NOT, as he tried to claim, a new rifle being imported into Canada.  This is a rifle that has already been in Canada for decades.

Watch the entire video clip below (9 minutes) if you would like to get your gun-owning dander up.  Canadian Firearm Owners were ridiculed for being nothing but wingnuts for claiming that “Registration Means Confiscation.”  Even Anne McLellan spoke those very words on National Television just after her famous “The debate is over” speech.

“We’re not out to take away firearms from law-abiding Canadians.”

The only firearm owners of the AP-80 who are being targeted, pardon the pun, with these confiscation notices are those firearm owners who were silly enough to actually follow the law and registered their legally purchased and legally owned firearms.

The law being used to punish those who have the audacity to actually obey it!

This is a long, convoluted story that delves into everything that is wrong with the Firearms Act, and how by bureaucratic whim a person can go from law-abiding citizen to criminal without having done anything, and worse, without even knowing about it!

One man has been charged in Thunder Bay, Ontario, for possessing one of these heinous pieces of metal and plastic, and because of the RCMP reclassification of this firearm, now faces a potential 3-year prison term for what the Crown is calling “illegal possession of a prohibited weapon”, even though the registration certificate that was sitting beside the firearm in his gun safe clearly has the firearm listed as “non-restricted.”

The gun was sitting inside the man’s gun safe, where it had been for ages, when the RCMP arrested and charged him with an indictable offense.

All because of a bureaucratic stroke of a pen.

Ed Burlew, a lawyer whose law practice revolves almost exclusively around Firearms Act cases, had this to say:

The crown has charged him with the indictable offense of possessing an unregistered prohib with ammunition available, under section 95 and is asking for three, Three Years in Prison just because he was in possession of the gun which sat in his safe.
I drafted and filed a Statement of Fact and Law supporting a motion to stop the RCMP from re-categorizing guns. I stated in it all of the reasons why this is unconstitutional. I wil be asking the client for permission to publish this factum.
This case is very important to the RCMP and the DOJ (Department of Justice) and they are watching it carefully. We filed the Charter Motion having served it on the DOJ and had hoped they would agree that only Parliament could add to the variant list. They did not come into the case on our side.  Scott believes they may be assisting the prosecution due to the behaviour of the Crown and the RCMP witnesses.

I even researched the patents of the firearm to show this gun is really a Remington patented in 1947 as a .22 cal sporting rifle and the only vague resemblance to an AK-47 are some metal and plastic non-functioning parts attached to the receiver.

Our case shows how little research and scientific method has gone into the categorization in the FRT generally and how the RCMP change the FRT from time to time.

Brian Lilley, in the video below, asks a question of all Canadian gun owners.  In the wake of the Public Safety Minister’s coming to the defense of the RCMP’s arbitrary firearm reclassification efforts just before the long gun registry is dismantled…
How are you feeling about supporting the Conservatives all those years now?