The facts are somewhat sketchy, but what is known is this:

A park service employee tried pulling over the alleged shooter for a routine traffic stop.  That person refused to stop. 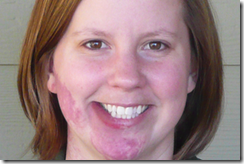 Margaret Anderson blocked the road up ahead, forcing the man to come to a stop.  He jumped out of his vehicle and fired a shot or shots at Anderson, killing her before she was even able to get out of her vehicle.

The man ran off into the woods as police from across Pierce County converged on the site to find the killer.

An Associated Press report stated that a 24-year-old Iraq war veteran named Benjamin Colton Barnes was responsible for a shooting near Seattle that caused Seattle SWAT to launch a manhunt for him.  He then fled to Washington’s Mount Rainier National Park for reasons we will never know.

As is usually the case with shooters like this, early reports are that Barnes had a lot of persona problems, and was estranged from his wife and child.  The young mother filed for a restraining order against Barnes because of his erratic behaviour, and her belief that he was suicidal and suffered from Post Traumatic Stress Disorder (PTSD).

Margaret Anderson, 34 at the time she was so senselessly murdered, leaves behind her husband, Eric Anderson and their two daughters, aged 1 and 3.

Anna, the oldest daughter, will turn 4 on Valentine’s Day.  Her younger sister Katie will turn 2 in May.

Those birthdays will not be very happy ones, I’m sure, as the two girls learn how to live with the loss of their mother.

As can be expected, Eric Anderson is completely distraught.  He is also a Park Ranger and works in the same park as his wife did.  He was on duty elsewhere in the park at the time his wife was murdered.

The Andersons are a deeply religious family; Margaret’s father, Reverend Paul Kritsch is a Lutheran Minister in Scotch Plains, New Jersey. He too is attempting to come to terms with the loss of his daughter.

“As you can well imagine, it doesn’t seem real,” he said.

The Seattle Times has an excellent article on the Andersons, who were said to be “living their dream” of working in the same park as they raised their family in the small town of Eatonville, Washington.

Margaret Anderson and her husband, Eric, were living their dream, finally working as U.S. park rangers in the same national park while raising a young family, their relatives said Sunday.

“They had been looking for that for a long time, to be in the same park,” Margaret Anderson’s father, the Rev. Paul Kritsch, said in a telephone interview.

Little girls shouldn’t have to grow up without their mother, but sometimes very bad things happen to very good people.  This is clearly one of those times.

My thoughts and prayers go out to the entire Anderson family as they seek some way of coping with the untimely and unwarranted death of Margaret.

To the residents of Eatonville, WA, I want to thank you all in advance for doing everything you can to help Eric Anderson and his two daughters through this incredibly difficult time.  He’s going to need all of your support in the days and weeks ahead, to be sure.

This is such a sad story on so many levels… and shows the failure of our society to take care, not only of our law enforcement officers here at home, but the brave men and women who serve in our Armed Forces.  Clearly much more needs to be done to help those returning from war deal with the aftermath of what they’ve endured overseas.

Normally I have little sympathy for the murderer when I’m writing about slain law enforcement personnel, but this time I think we as a society failed miserably at helping someone who sacrificed a lot on our collective behalf.

That doesn’t stop me from wishing that, even in the depths of whatever hell on earth some folks go through, people like this Iraq war veteran would just leave the rest of us out of it when they feel the need to end their own lives.

“We’re going to miss her terribly and already are and can’t believe she is gone,” Margaret’s father, Reverend Paul Kritsch said.