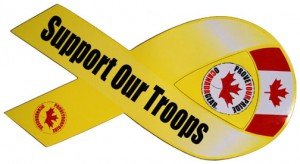 Some days I’m very serious about respecting the sacrifices the men and women of our Armed Forces have made over the decades and centuries to protect our Rights and Freedoms.  It’s a sacrifice I believe every one of us should take very seriously.

Then there are times where sarcasm and ridicule seem the best way to get that message across, and oddly enough, sometimes others see it exactly the say way.

Reason TV is doing a great job of educating people about this and many more things, and I’ve got a couple of videos below from them to help make my point.

The first, called “Why They Fought”, a collaboration between Reason TV and the band Remy, is an awesome example of the use of irony, sarcasm and ridicule to get a point across.

As American warplanes patrol the skies of Libya and American boots continue to keep the peace in Afghanistan, Iraq, Korea, Germany, Italy, Japan, the United Kingdom, Spain, Cuba, the Netherland Antilles, and more than 140 other countries, the international Interwebs recording sensation Remy unveils this timely song reminding all of us back on the home front about why they fight now. And why they fought then.

I heartilty recommend you watch this 2-minute video, and then read the rest of this article for some more examples of great videos about the battle to protect our Rights and Freedoms.

The Rule of Law

Do you understand why the rule of law is important for maintaining free society?

The Bill of Rights Institute has created a short, engaging video for Bill of Rights Day on the constitutional principle of the rule of law. Exciting visuals from current events, an engaging historical narrative, brief scholar interviews, and memorable quotes will make this 8-minute video perfect for use on Bill of Rights Day, and every day! A short viewing guide is also available to guide you through the content.

Silencing Individuals for not having “permission” to speak

In New Orleans, it is a crime for people to lead a talking tour without first getting permission from the government.

City officials require every tour guide to pass a history exam, undergo a drug test and an FBI criminal background check every two years merely for speaking. People who give tours without a license face fines up to $300 per occurrence and five months in jail.

The First Amendment does not allow the government to be in the business of deciding who is—and who is not—allowed to speak about various topics. That is why four New Orleans tour guides have joined with the Institute for Justice in a federal lawsuit seeking to secure their free speech rights.

Vindicating this principle will help protect the rights of countless people across the country that speak for a living—whether they speak as news reporters, stand-up comedians or tour guides. This lawsuit was filed on December 13, 2011, in the U.S. District Court for the Eastern District of Louisiana.