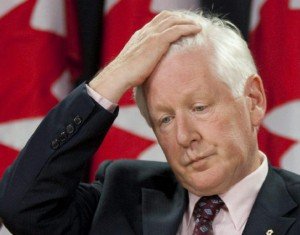 Watching the ongoing furor over the living conditions on the Attawapiskat reserve provides some amazing educational moments, if one is paying attention.  If you listen only to the mainstream media, you would think the manufactured crisis on Attawapiskat just happened.

You certainly are not told the truth of the matter, which is that living conditions on this reserve have been this bad for almost a generation!

Bob Rae, in his rush to find a good photo op, has managed to get the mainstream media to NOT ask him two very simple questions:

1. Why did you do nothing to help the residents of Attawapiskat when you were Premier of Ontario?

2. Why did the Liberal Party of Canada not do anything over 20 years ago when they were in Government and these very same issues were brought up on this very same reserve?

How convenient now that neither Rae nor the Liberals are in power that this is called a tragedy and a shame on the Conservative Party, who currently forms government?

Hypocritical is a much better word, I think.

Rae ignored the issue entirely when he was Premier of Ontario.

NDP mouthpiece and political opportunist Charlie Angus, strangely silent for over a decade on the issue that is in HIS own riding, is suddenly jumping on the bandwagon to blame Conservatives for the disaster that is Attawapiskat.

Mark Bonokoski explains what should be happening to Angus:

The NDP’s Charlie Angus, whose riding of Timmins-James Bay includes the frozen septic tank of Attawapiskat, has been riding the tragedy in that northern Cree community like a rented mule in order to make political points, all while he should be taken to task by the Ottawa press gallery for either dereliction of duty or slowness to react.

Attawapiskat is not new. It has been festering in Angus’ backyard for as long as he has been in the House of Commons and yet, only now, has he got truly vocal about the continuing Third World living conditions he has overseen since 2004.

It’s not a lack of money that’s causing the problems on Attawapiskat .  It’s greed.

Now, instead of giving credit to the Harper government for putting the reserve under third-party management until the finances can be sorted out, Angus condemns them for underfunding Attawapiskat, all as Attawapiskat Chief Theresa Spence orders the government auditor out but demands the cash keeps flowing.

This is a tough sell to Canadians considering the reserve got $34 million in funding last year alone, of which $12 million went to pay the salaries and benefits of Spence and her band council and employees.

The hypocrisy doesn’t stop with Bob Rae and the Liberal Party, of course.  It extends right into the heart of Attawapiskat itself.

I find it incredibly “convenient” that all the photo ops take place in the absolute worst conditions, while NONE of them take place in front of Attawapiskat Chief Theresa Spence’s residence, or even those of any of her Band Council… the folks who, between themselves, raked in a cool $12 million dollars in salaries LAST YEAR ALONE.

Maybe Chief Spence ought to take some of those millions and actually build homes with it, instead of feathering her own nest and that of her Band Council.

Naw… it’s way easier to blame the Conservatives… after all, they’re the “evil ones” daring to actually hold Attawapiskat Chief Theresa Spence accountable for her actions.

But the mainstream media isn’t asking any of these questions, are they?  Of course not.  Doing actual investigative work and then reporting the results of that would get in the way of their biased, self-serving agenda.

For the record, I’ve worked with a First Nation here in British Columbia that doesn’t get anywhere near $34 million a year, and it doesn’t look anything like Attawapiskat.

Then again, the Chief and Band Council are actually willing to work for the good of their people not, as appears to be the case in Attawapiskat, line their own pockets with millions while their people live in 3rd-world huts.