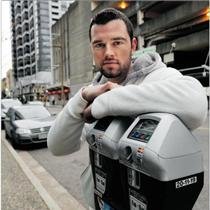 Tom MacLachlan was just doing what I’ve personally done numerous times…  he was dropping coins into parking meters to prevent a couple of total strangers from getting a parking ticket.

I must admit, there is an odd pleasure that comes from knowing you’ve prevented someone from getting a parking ticket.  That feeling is enhanced, even more strangely, by the knowledge that the person you just saved from that ticket has no idea what you did, or even that you exist.

I, however, don’t believe I was ever the victim of Bureaucrat’s Rule #1 when I was dropping coins into meters for strangers, unlike Vancouver’s Good Samaritan, Tom MacLachlan.

For those poor souls not familiar with it, The Bureaucrat’s Rule #1 is simply this:

The Rules Are More Important Than People

City of Vancouver bureaucrats have managed to take this rule to new heights, or, as I would prefer to characterize it, they’ve taken it to new depths of bureaucratic stupidity.

Tom MacLachlan’s bizarre story began with one Vancouver City employee who was obviously having a bad day and felt the need to vent his ill temper upon anyone in his path.

Despite the meters in his path having time left on them, in part due to Mr. MacLachlan’s kindness, the miserable city employee ticketed at least one of the vehicles anyway.

Enter Bureaucrat’s Rule #1: The Rules are More Important Than People

Tom MacLachlan was upset, and for reasons that should be obvious to anyone not sucking off the government teat.

The petty public servant demanded to know if MacLachlan was the owner of the vehicle whose meter he had just dropped coins into.

“No,” he replied, “but what does that have to do with anything?”

“You have to be the driver of the car.’

The petty public servant then wrote up the ticket and placed it on the vehicle, even though the meter had plenty of time left on it.

To quote from the Vancouver Province article:

With that, MacLachlan went from Good Samaritan to angry taxpayer, writing Mayor Gregor Robertson a letter demanding his loonie back.

“If they’re going to write a ticket anyway, why should they profit off me?” said MacLachlan. “It’s not a lot of money — it’s the principle.

“I want the city to issue me a cheque for one dollar, so I can frame it and put in on my wall.”

I certainly can’t blame him for that, but unfortunately Good Samaritan Tom MacLachlan had not yet fully come under the thumb of Bureaucrat’s Rule #1.

But he was about to.

City spokeswoman Alex Russell looked into the ticket conundrum, and cited Vancouver City Bylaw 2952, which states in part, that a ticket can be issued even with a paid-up meter if the car has been parked over the maximum stay.

There you have it.

The Bureaucrat’s Rule #1: The Rules are More Important Than People.

Right and wrong have no place here.

Neither does Christmas Spirit or the Golden Rule.

The only rule that applies is The Bureaucrat’s Rule #1:

The Rules are More Important Than People.

Disregard it at your peril…

Moral of the Story: If you’re plugging a meter so a complete stranger doesn’t get a ticket, make sure the City of Vancouver’s Parking Meter Nazi doesn’t see you do it.