We “mere citizens” have high expectations from the men and women who make up our police forces.  We expect them to act with integrity, to be honourable and above all, to tell the truth. 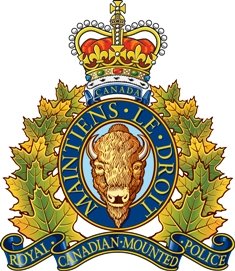 Time after time we hear reports of members of the RCMP (and almost every other police force) breaking the very laws they are sworn to uphold.

When they lie, however, somehow that violation is worse.  When they lie in court, under oath on the stand, they shatter our belief in and respect for the RCMP.  When cops lie in court they destroy our faith in the entire justice system.

RCMP Staff Sgt. Ross Spenard is just such a cop.

To reach the rank of Staff Sergeant is no mean feat. It means you’ve been in the RCMP a long time and have worked very hard to get yourself promoted.

Why then, would such a man decide to lie in court?  It’s a very good question and one we will probably never know for sure.  What we do know, however, is this:

Staff Sgt. Ross Spenard lied in court during the trial of Charlie Rae Lincoln, who was on trial for the brutal stabbing murder of her 2-year-old child.

The forensic report in the case contained some damning flaws, including the basic DNA science was wrong. Initially Staff Sgt. Spenard lied and tried to claim the report was written by a subordinate RCMP member.

Under cross-examination, defence lawyer Matthew Nathanson presented Spenard with a draft of the forensic report with his name on it that Spenard thought he had destroyed. Spenard admitted he had lied under oath and was indeed the person responsible for the flawed report.

Needless to say, BC Supreme Court Justice John Truscott was highly unimpressed to have a high-ranking RCMP Staff Sergeant lying in his courtroom.

B.C. Supreme Court Justice John Truscott told the jury that Spenard was “the perfect example of a person who clearly lied under oath, and violated his oath to tell the truth.”

“That conclusion is so clear and convincing, and so serious, that I suggest you should consider his evidence to be completely tainted and without any value whatsoever,” said the judge.

Canadian Legal News has a great article on their site about perjury charges in Canada.  Quoting from the article “Lying in Canada’s Courts must be Stopped” by Alan Shanoff:

On paper and in theory, Canada treats perjury as a serious matter. It’s an indictable offence with a maximum sentence of 14 years. In practice, it’s a different story. Why?

As a criminal offence, proof beyond a reasonable doubt is required. You need to prove the evidence is false, that the accused knew the evidence was false when it was given, and there must be an intent to mislead the court..

He clearly attempted to mislead the court and he admitted his guilt..

“A person accused of a crime usually hasn’t sworn a duty to uphold the law, whereas police officers have,” said Bentley Doyle, a spokesman for the Trial Lawyers Association of British Columbia.

As usual there appears to be special sentencing guidelines for RCMP members when they are sentenced for their crimes.

As Alan Shanoff correctly notes in the quote above, the maximum sentence for perjury in Canada is 14 years in prison.

Inderjit Singh Reyat, convicted of perjury for lying about what he knew about the 1985 Air India Bombing, was sentenced to 9 years in prison. While the crime was a long time ago, his sentencing for perjury was in January of 2011.

For the same crime, Staff Sgt. Ross Spenard was sentenced to an oppressive 9-month conditional sentence, which also included an arduous three months of house arrest.  (Yes, I’m being sarcastic.)

To top it off, Staff Sgt. Spenard was allowed to retire while the internal RCMP investigation into his actions was still ongoing.  That investigation was then halted and was never completed.

Obviously we as a nation are not yet willing to hold police who commit crimes accountable for their actions.