A couple of things have come to light in recent days, and all lead to the conclusion that Global Warming is nothing more than a hoax committed on the industrialized world to make us pay for “eco-sins” real or imagined.  Turns out they’re imagined.

This is my truck both before and after I dug it out from underneath roughly three feet of snow in under 36 hours.  While not “proof” in the strictest sense, it certainly does make one wonder, doesn’t it?  (The real proof is after the photos of my poor truck) 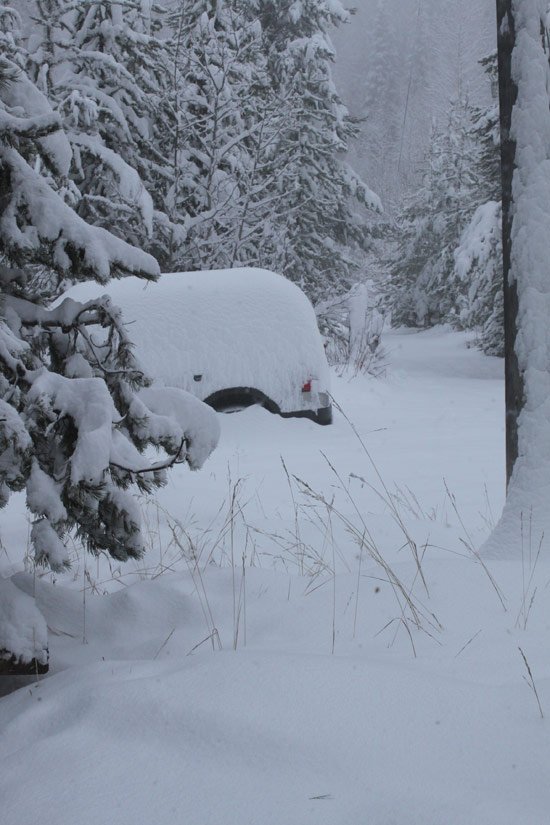 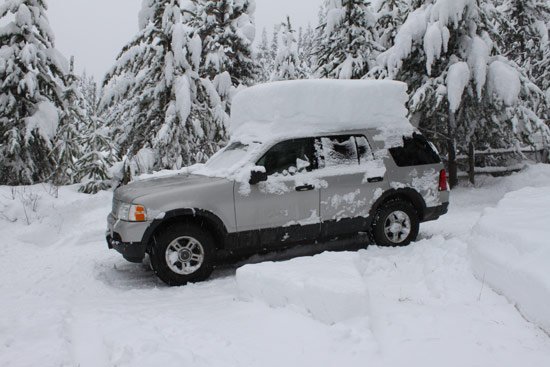 This was after Day Two of the great snow removal joy… following the second straight night of over a foot of snow.

Now, as fun as it was to dig myself out from almost three feet of snow in 36 hours, I’ve got to tell you that even with a snowblower, removing that much snow from my 100-yard driveway is no small feat.

Since I already had the physical proof that global warming is nothing but a big pile of snow sitting on top of numerous scientists with questionable motives, it was quite refreshing to get a note from Frank Hilliard pointing me to the fact that a gentleman by the name of Bill Bell had taken out a massive 2-page ad in the Financial Post that completely backed up what I already knew from first-hand experience.

If you’re interested in the issue and would like to read the entire lengthy and detailed article, it’s available in PDF form in two parts:

To quote Frank’s note on the article:

The part that struck me the most was his comment on the fact we are experiencing one tenth of the warming predicted by Jim Hansen of NASA in 1988 and are below the zero CO2 emissions path predicted by the IPPC in the 2007 Fourth Assessment.

Here is incontrovertible evidence that the Global Warming theory of atmospheric warming by CO2 is wrong and has no scientific merit.

Read the whole thing. It’ll take a while.