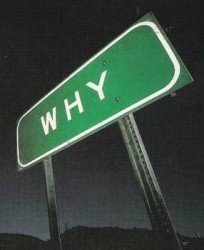 It’s quite the deal, really.  The catch is the ONLY day you can get the $50 discount for killing your unborn and unwanted child is on Sunday, commonly referred to in some circles as the Lord’s Day.

Or perhaps disgusting is a better word for it.

The Orlando Women’s Center (OWC) in Orlando, Florida, has found what they think is a great way to increase their bottom line: abortions while “daddy” is watching the big game.  Wouldn’t want to drag him away from the game while you deal with “the problem”!  No, that wouldn’t be good.

And, naturally, you probably don’t want to miss any of the game highlights yourself, so you can catch all the latest scores with their “Free WiFi Internet Access”.

That’s so considerate of them, but lest any woman get greedy they limit their discounted Sunday-Only abortions to “one coupon per patient.”

There was a time when mothers cherished the life growing inside them.  Those days seem a long way away in today’s “progressive” culture where anything goes and truth is whatever you can convince yourself it is.

I‘m on of those pesky people who believe that abortion is the intentional killing of an unborn human being. You are, of course, free to dress that killing up in whatever legalese will let you sleep at night, and that’s okay. Current “wisdom” says that your “truth” and mine don’t have to be the same.

An unborn baby isn’t a human being, you and Orlando Women’s Center cry.

Try NOT killing that baby in its mother’s womb and see what happens.

The reality, whether you or the folks at Orlando Women’s Center want to face it or not, is that if the baby in the womb is left alone in peace he or she WILL be born.

We just don’t want to face that pesky little fact because it makes us squeamish and sparks whatever is left of our own humanity, deep down inside us.

But “women have the right to choose!” scream those who believe killing our unborn children is perfectly moral.

Well, let me put this notion out there…

I agree 100% that a woman has the right to choose… but the choice isn’t whether or not to kill her baby… it comes long before that, and it’s a very different question.