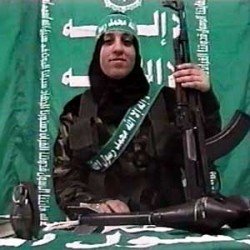 That’s a good question, and one that deserves addressing in the ongoing love-fest with the “religion of peace.”

The Pew Research Center recently released a study on the views of American muslims.

In that report they found the shocking, yet unsurprising statistic that almost 10% of self-professing muslims in America condone suicide bombing, not only abroad, but here in North America as well.

If 10% of self-professing muslims condone suicide bombings, I have two questions that I would like you to consider.

2.  Where are the voices of all the “moderate muslims” condemning their fellow muslims for advocating violence in the name of the “religion of peace?”

Using the numbers for gun ownership in Canada as a baseline, just for fun, let’s take a look at what happened with those numbers in the wake of gun owners being ostracised in the wake of one lunatic’s crime back in 1989.

Prior to the passage of Bill C-68, what is now known as Canada’s Firearms Act and its amendments to the Criminal Code of Canada, the generally accepted numbers of firearm owners was over 7 million, and they collectively owned around 21 million firearms.

Since it is highly improbable that 4 million people and 14 million firearms just vanished into thin air, it’s quite clear that the public professing of a thing and the private one are very different.

Using that correlation and applying it to the statistics released by the Pew Research Center, that would mean a conservative estimate is almost 20% of self-professing American muslims advocate or condone suicide bombing as a way of advancing the so-called “religion of peace.”

Now I fully comprehend that the numbers of Canadian firearm owners and American muslims have no connection whatsoever.  I”m merely using the former number as a method for making a guess at the atual number of the latter.

If the “religion of peace” is actually that, then every single muslim who does NOT advocate or condone these acts of violence needs to step up to the plate and tell the world, loudly and clearly, where they stand.

Their ongoing and repeated silence speaks volumes for them, even if they will not.