Missouri state legislators decided some time back to outlaw teachers and students from communicating using social media sites like Facebook.  Their law passed the state legislature unanimously, which is hardly surprising.  As with most things before state legislatures (or federal ones either, for that matter) most legislators probably never even bothered to read the bill they were voting for.

That’s an ongoing problem, to be sure. 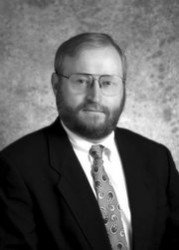 A little sanity prevailed from the bench as Cole County Circuit Judge Jon Beetem issued an injunction against the law, preventing it from coming into force within the next 48 hours because of its “staggering” prohibition on Freedom of Speech.

Nice to see a judge who actually upholds the Constitution!

His injunction against the flawed legislation gives the state government 180 days from his ruling to fix it or, presumably, Judge Beetem would strike it down completely.

The law, despite being passed unanimously by legislators, was causing a lot of confusion for teachers across the state.   Hardly surprising, since teachers and students will use social media sites alot.

Missouri Governor Jay Nixon said the law will be revisited and the offending section will be overhauled.

The [alleged] moron that presented the legislation in the first place, Senator Jane Cunningham, was quoted saying the following:

If you are “already prepared“, Senator Cunningham, then why couldn’t you be bothered to write a law that respects the US Constitution in the first place?

A better question, of course, would be this:

What makes you think we need another law in the first place?  Aren’t the stacks and stacks of laws on the books enough for you?

Ooops, I forgot.  Legislators feel they aren’t doing their jobs unless they are passing more stupid laws every day, like this one.

Dubbed the “Amy Hestir Student Protection Act“, this law would have effectively banned Missouri teachers that allowed “exclusive access” to students past and present if they are minors.

I find it odd that we need to pass a law named for every person who was a victim of crime.  I am in no way minimizing what Amy Hestir said happened to her, but we already have laws on the books that deal with a teacher sexually abusing a student, don’t we?

Of course we do.

But that would rob our state legislators of their sense of “doing something” to prevent future crimes like this.

There are already ways to help prevent future crimes like the sexual exploitation of children by those who have power and authority over them.

If convicted, make public examples of these predators.  Make the cost of the crime too high for most to be willing to pay.

Will we stop every pedophile from abusing children?  Of course not.

I’m very grateful to the Missouri State Teachers Association for bringing this lawsuit forward.  Protecting the Freedom of Speech Rights of teachers is important.

Sexual predators will always gravitate to schools and online places like Facebook.  It’s their natural feeding grounds, after all.

The best prevention is not to abuse the many in hopes of catching the few; rather it is to be vigilant with our children in order to ensure their safety in an ever more dangerous world.