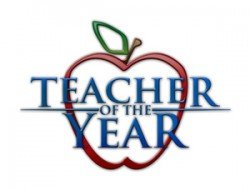 Harry Buell, a Florida teacher and last year’s Teacher of the Year, was suspended from Mount Dora High School for making a personal post to his Facebook account, on his own time, and using his own computer.

Political-Correctness has once again reared its ugly hypocritical head and now threatens the career of a teacher known for his outstanding reputation and caring for his students.

“In fact, he was elected as teacher of the year last year precisely because he has an outstanding reputation — not only for being an excellent teacher, but also for loving each and every student he comes across in his classroom regardless of the student’s status or lifestyle or orientation,” said Buell’s lawyer, Harry Mihet.

Buell had the audacity to express his personal belief that marriage should be between a man and a woman on his Facebook page, along with his Christian view that homosexuality is a sin.

How likely is it that the teacher would have been suspended if his comments had been critical of Christianity instead of homosexuality?

The results, unsurprisingly, said overwhelmingly that there was “No chance” of that happening.  Almost 11,000 people voted in the poll, and almost 90% said that would never happen.

Buell’s comments, had they been anti-Christian, certainly would not have resulted in a suspension and the national media would have completely ignored him.

But because he expressed his Christian viewpoint, he is suspended from his job and the national media goes crazy over the story.

As is typical in cases like this, the person who is making the complaint against Mr. Buell is not and has never been a student of his.  The school, of course, suffering from a hyper-active sense of political-correctness, says they are “concerned” that homosexual students might be uncomfortable in his class.

I guess that’s why he was named Teacher of the Year last year… because he had a way of making his students feel awkward and out of place.

After teaching for 22 years, the school feels the need to get rid of him over comments made on his personal Facebook account while he was at home?

The folks at the Mount Dora school board need to pull their heads out of their asses. Their actions are clearly a violation of Mr. Buell’s constitutional rights.

Put this teacher back in the classroom where he belongs.  Even you said so last year when you named him Teacher of the Year.

If you believe, like I do, that this decision is political-correctness run wild, how about giving Mount Dora High School a call and telling them that.  Don’t forget to let them know you expect to hear about Harry Buell’s reinstatement and the school’s public apology to him in the very near future.

As amazing as it must be to some people, such as the morons who suspended this Teacher of the Year, neither the Bible nor Christianity have been outlawed in Florida.

They clearly need to be reminded of this.