It was a beautiful Sunday afternoon so I decided to take a drive. A cup of coffee and out to the mountains of Jasper, Alberta, practically right in my back yard. For me the mountains are a magical place I never tire of visiting.

Occasionally I have to give thanks for all I have that I take for granted. There are people in this world who will never get the chance to visit the Rockies. Still others who save for years and it is the trip of a lifetime. I only live an hour away from them.

There are millions of people in this world who drink water that is dirtier than my toilet water and here I am surrounded by rivers and lakes of crystal clean water, that I can drink. Then there are the breathtaking vistas as opposed to concrete jungles, air that is as sweet as honey…the list goes on…sometimes a person just needs to sit awhile and put life into perspective.

Going out to the park as often as I do I always run into the usual suspects.

There’s a couple of bull elk that frequent an area along the hwy 16 just near the east park gates along the edge of Jasper Lake. They’ve been there in that same area for years. Never fails, there’s always a massive traffic jam around these guys, made much worse with tourist season. I swear they’re employed by the national park just to provide tourist photo-ops.

Pretty majestic looking fellows with massive sets of antlers. At this time of year they are just getting their racks polished up as the season for wild-eyed, ungulate hanky panky in the wilderness is fast approaching……a lot of to-do over nothing….horn locking and crashing about in the bush……..well you know……….Hellllllloooooo Laaaaaadiessss!!!! Yup, in a month or two the boys will be worn right out, laying around under the pines, chewing cud and telling war stories……..boys will be boys.

The squirrels are going batshit stocking up the larders, the wind had just a hint of fall to it, the rivers are running clearer, the goslings have lost their down and look like geese, the mountain tops are practially bare of snow, the birds are packing up their Samsonites……another season is ready and waiting.

For some reason I always bump into the most extraordinary people while I’m out wandering around. For example, a couple of years ago I was returning from up north and ran into Don Ross, The Peace Rider. 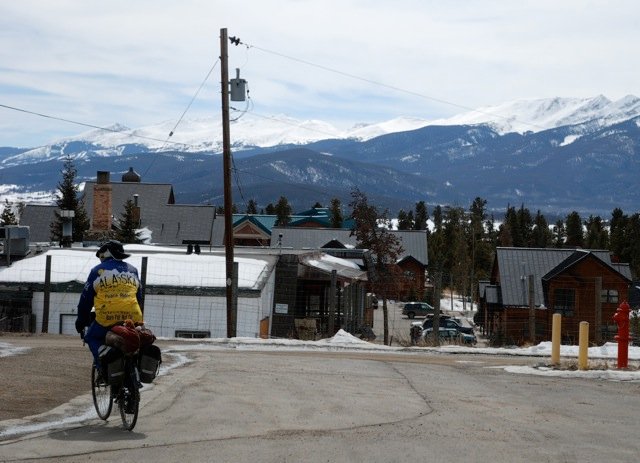 I was just turning off a highway when I spotted this old codger pedalling a bicycle and pulling a trailer. I just had to get the details on this one. I pulled off to the side of the road and waited for him to catch up.

To make a long story short, Don was a pilot with the US Air Force and served two tours in Vietnam. The experience left him profoundly changed. His last posting was Japan where he met and married his wife. After leaving the US military he ended up flying his own bush plane up in Alaska in the Arctic National Wildlife Refuge for 25 years. We talked some more and ate some more and had some more French brandy. After a couple of days I waved goodbye to a good soul and wished him well. 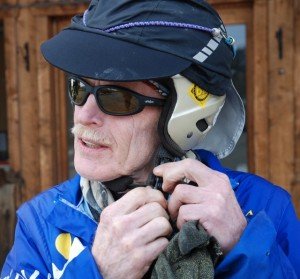 Don Ross made it to Washington, DC and last I heard he was back up in Alaska, outfitting an open rowboat to sail across the Pacific…….Don is almost 70 years old. Don Ross has been searching for something his whole life and I hope he finds it.

When I grow up I want to be just like Don.

Anyway, today I met another intrepid traveller. As I was driving west towards Jasper I saw a man pulling a trailer on the eastbound side of the highway walking west. I just had to stop.

I pulled a u-turn and headed back. Unfortunately there was a language barrier and I cursed myself for not learning at least a functional amount of Japanese. (art imitating life or vice versa, I felt like Brad Pitt in Babel) We spent a few minutes together and talked….actually it was a lot of pointing and nodding and grunting and pointing and nodding and smiling and hand shaking……you get the idea. He got the idea. I got the idea.

His name is Masahito Yoshida and he is Japanese. Apparently he was bored stiff at home (I can certainly sympathize with Masahito on the boredom in life part…..)….anyway he just put together a cart with two bicycle wheels, loaded up his gear and grub, and started walking around the world. That was 20,000 kilometres ago. 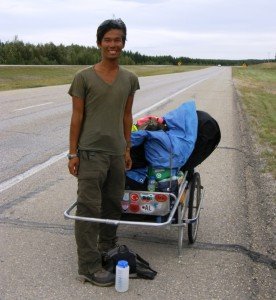 Now he’s off to Vancouver, British Columbia. From Vancouver he’s flying to Australia where he will walk from the southern most part of that great pile of red earth to its northern most part.

When I grow up I want to be just like Masahito.

Strange isn’t it?…some of us really get it and some of us just spend our lives bumping around in the dark. For me its been a little bit of both. I am very grateful for the presence of souls like Don and Masahito. I wish them well.

You know, I was just thinking….. maybe these two souls aren’t searching for anything….maybe they’ve already found it.

Life, its an incredible ride….don’t close your eyes…..not even for a minute.

I have included a photograph of Masahito Yoshida. He is currently just east of Hinton, Alberta heading west.

He could use a couple of double-walled 20 or 24 inch bicycle rims with narrow profile tires. Don’t try 26 inch tires and rims, I did….they won’t fit……and Wal-Mart wouldn’t sell me just the front tires off a couple of bicycles…..imagine……the nerve!!!

If you happen to be on Masahito’s path to Vancouver maybe offer him a shower, a plate of hot grub and a patch of floor…. I’m sure he’d be grateful.

http://alkinist.blog111.fc2.com   (click the “english here” button on the left side)