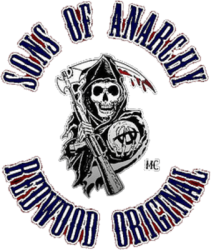 On August 2nd, Joshua Seto failed the Stupid Test. Many people who fail the Stupid Test never get a second chance to get it right.  Seto is a very lucky man and he is lucky to be alive.

Firearms can be dangerous, especially when they are not treated with the respect they deserve.  Joshua Seto learned this the hard way when he managed to shoot himself in the penis while trying to stuff a pistol into the waistband of his pants.

According to police reports, here’s what happened:

Joshua Seto and his fiancee, Cara Christopher walked to a Fry’s Food Store on the 900 block of West Elliot Road for refreshments around 7:30 p.m. on Aug. 2nd.  Cara had her pink .380 pistol in her purse.  Yes, pink.  It’s a special edition breast-cancer awareness firearm, apparently.  That interesting tidbit aside, as the pair neared the front of the store, Joshua took the pistol from Cara’s purse and attempted to stuff it down the front of his pants.

That’s when he failed one of the most critical firearms safety rules:

For reasons beyond my comprehension, he thought stuffing the pistol down his pants was a better place for it than in his girlfriend’s purse.

He has, no doubt, learned his lesson and will for the rest of his life treat firearms with the respect they deserve.

Chandler Police Detective Seth Tyler was quoted talking about tough guys in television shows, like the bikers in the hit show Sons of Anarchy, where the tough biker members are forever stuffing loaded firearms down their pants.

The movies and TV shows, like Sons of Anarchy, that show tough guys with guns shoved into their jeans are not realistic.

Carrying a firearm is legal in a lot of states, even though Canada still prefers disarming only the good guys. Criminals aren’t affected by our asinine laws.  That’s why they’re criminals.

Folks will undoubtedly use this as an example of why civilians in Arizona and the rest of the nation shouldn’t be allowed to carry firearms.

We simply need to apply the Four Rules of Firearm Safety at all times.  Even when we’re doing something stupid like stuffing a pistol down our pants.

1. Treat all firearms as if they are loaded.

2. Never point the muzzle of a firearm at anything you are not willing to destroy. (Yes, that would include your penis!)

3. Keep your finger off the trigger until you are ready to shoot.

4. Be absolutely sure of your target and what is beyond it before pulling the trigger.

“Whenever you handle a firearm, whether you are a novice or experienced, always treat firearms as though they are loaded. If you are going to carry a handgun on your person, use a holster, not your waistband.”

Passing The Stupid Test is not very difficult.  It’s a really easy test.

Failing it carries some pretty serious consequences, as Joshua Seto learned so painfully on August 2nd.