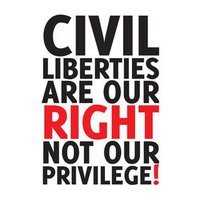 Toronto Police just love strip-searching people for almost any reason at all.  So the Toronto Star report would have us believe, at least.

According to their report, roughly 60% of all people arrested in 2010 were strip-searched by Toronto Police Services personnel.  Previously-released figures on the numbers of strip searches show this number has been steadily climbing over the past decade.

I find this timeline fascinating, given that the big cheese at the Toronto Police Services, Bill Blair, took over the top spot in 2005, and the majority of the increase appears to be under his watch.

Naturally, whenever faced with any criticism of his cops, Bill Blair rides valiantly to their defense, even when he has to perjure himself to do it, like he did with the G20 fiasco.

In this case, in response to criticism that strip-searches were becoming routine for the Toronto Police Service,  he quipped

While I’m no police chief, nor even the head of a police services union, I do have a modicum of common sense; one I’d even be willing to share with the good Chief Blair, if he would actually agree to use it.

Former mayor and leading police services critic John Sewell made the “routine” charge, and he’s no doubt got a lot of facts to back up his claim.

One has only to look at the recent treatment of Canadian citizens at the G-20 summit to see that Bill Blair’s force is all too willing to dehumanize and humiliate citizens for no other reason than to gain compliance with absurd regulations.

Blair’s defense of the indefensible, namely, the brutal beatings of people “daring” to exercise their Right to Freedom of Speech during the G-20 shows how unwilling he is to actually honor the Canadian Charter of Rights and Freedoms.

Those Rights clearly get in the way of his doing whatever the heck he pleases.

Under Bill Blair’s watch, one could easily be forgiven for coming to the conclusion that Chief Blair’s thoughts on the Charter of Rights and Freedoms would be akin to the thoughts of someone seeking soft tissues after a good bowel movement.

The Supreme Court of Canada has clearly defined guidelines on the performance of strip-searches for the very reason they are “inherently humiliating and degrading.”

The importance of preventing unjustified searches before they occur is particularly acute in the context of strip searches.  Strip searches are inherently humiliating and degrading for detainees regardless of the manner in which they are carried out and for this reason they cannot be carried out simply as a matter of routine policy.

The fact that the police have reasonable and probable grounds to carry out an arrest does not confer upon them the automatic authority to carry out a strip search, even where the strip search meets the definition of being “incident to lawful arrest”.

In light of the serious infringement of privacy and personal dignity that is an inevitable consequence of a strip search, such searches are only constitutionally valid at common law where they are conducted as an incident to a lawful arrest for the purpose of discovering weapons in the detainee’s possession, in order to ensure the safety of the police, the detainee and other persons, or for the purpose of discovering evidence related to the reason for the arrest, in order to preserve it and prevent its disposal by the detainee.

If there is no prior judicial authorization for the strip search, several factors should be considered by the authorities in deciding whether, and if so how, to conduct such a procedure.  Strip searches should generally only be conducted at the police station except  where there are exigent circumstances requiring that the detainee be searched prior to being transported there.

By defending this [allegedly] institutionalized and routine policy of demeaning and humiliating prisoners, Bill Blair demeans himself, his city and his country.

Unfortunately, so long as he’s in control, he doesn’t care.  Why should he?  He’s not subject to any of the abuses and civil rights violations he so willingly bludgeons the rest of us “mere citizens” with, is he?

No, he’s not.  As a result, he continues to glibly, albeit disgustingly, condones the most atrocious actions by the constables under his command.

It’s no wonder there are so many cases of police brutality in Toronto when you take into account the leadership Toronto’s Police men and women have.