On two previous occasions the state legislation and senate passed legislation allowing its citizens to legally carry firearms for self-defense.  Both times then-Governor Jim Doyle vetoed that legislation, and efforts to overturn his veto failed by slim margins.

The tide has turned now though.  Republicans now control both houses of government and the governor’s office, and that’s the difference.  Governor Scott Walker is expected to sign the legislation when it hits his desk.

There are a lot of people opposed to Wisconsin’s concealed carry law of course.

One of the more vocal is an [alleged] moron by the name of Eugene Kane who tosses out all the tired old platitudes of “mass shootings in the streets” and “people will be killed with their own guns” that the anti-gun and anti-freedom idiots have always used.

And let’s not forget the latest in their tirade against freedom, as expressed by [alleged] Moron Kane…

“For cops, a concealed carry law turns every traffic stop, public event or encounter with an angry civilian into a nerve-racking test to figure out who might be packing heat and who isn’t.”

He makes this asinine statement as though law-abiding firearm owners with a concealed carry permit are somehow a threat to law enforcement.

From the JustFacts.com page on “gun control”, a site which bills itself as “a resource for independent thinkers“:

* Florida adopted a right-to-carry law in 1987. At the time the law was passed, critics predicted increases in violence. The founder of the National Organization of Women, Betty Friedan stated:

“lethal violence, even in self defense, only engenders more violence.” (13)

* When the law went into effect, the Dade County Police began a program to record all arrest and non arrest incidents involving concealed carry licensees. Between September of 1987 and August of 1992, Dade County recorded 4 crimes committed by licensees with firearms. None of these crimes resulted in an injury. The record keeping program was abandoned in 1992 because there were not enough incidents to justify tracking them. (13)(15)

* 221,443 concealed carry licenses were issued in Florida between October of 1987 and April of 1994. During that time, Florida recorded 18 crimes committed by licensees with firearms. (15)

* As of 1998, nationwide, there has been 1 recorded incident in which a permit holder shot someone following a traffic accident. The permit holder was not charged, as the grand jury ruled the shooting was in self defense. (7) 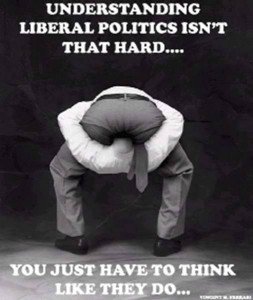 Kane clearly has had his head stuck up his own ass for far too long and is now suffering the consequences of extended oxygen deprivation.

Neo-Liberals like Kane fail, of course, to consider the actual facts of the matter. Concealed Carry holders are, statistically speaking, far safer than law enforcement when using their firearms.

Concealed Carry Permit holders are among the safest and most law-abiding citizens in the country, but why let something as pesky as the “Facts” get in the way of his political agenda, right?

A study showed that police were, by comparison, far more likely to shoot an innocent bystander than a concealed carry holder, but facts like that aren’t about to get through the armor against reason for folks like [alleged] Moron Kane.

The NRA, of course, claims full victory for getting this law passed.  While I’m sure the NRA had a lot to do with it, I’m more willing to give credit to the Wisconsin Concealed Carry Association, a group that’s dedicated itself to the passage of concealed carry law in that state.

Good on them too. They’ve worked their butts off to get this done a third time.

Much has been made of how Illinois is now the lone state of the Union that does NOT have some form of  concealed carry legislation on the books.  Not hard to follow that line of logic though… Chicago’s mayor for the past generation almost has been virulently anti-gun and anti-freedom.  It’s no big shocker that the state legislature is similarly mired in stupidity.

But perhaps that too will change.

There is a growing movement in that state to bring common sense back to their political arena.  I’ll be among those praying that happens, and that it happens soon.