Sonia Varaschin was a beautiful woman, cut down in the prime of her life by an unknown killer.  Unkown at least for now.

Sonia was reported missing on September 1st, 2010, and her body was found five days later in a rural area about 12 kms southeast of Orangeville, Ontario.  She was attacked in her home, and then driven in her own car to a remote location where her body was dumped.

The killer has, according to police, detailed knowledge of the Orangeville area, and could well be a resident of the area.  They’ve developed a profile of the man they believe killed Sonia, and have been asking for the public’s help from the very beginning of the investigation.

That a kind and caring nurse like Sonia Varaschin would be targeted and murdered is deeply disturbing, and not just to the residents of the small town of Orangeville.  A facebook site created to honour her memory was created and was almost instantly filled with kind words and prayers from over 3,000 people. 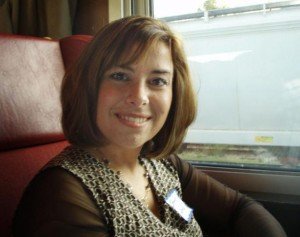 Her tragic death touched the hearts of a lot of people.

While police have been very tight-lipped about their investigation, they have released photographs of boots allegedly like the kind the killer would have worn at the time of the killing.  They have believed from the start that the killer lives in or has strong ties to the community.

“[S]omeone in the community holds the key to solving this homicide.”

The killer certainly seemed unconcerned about leaving a trail of evidence behind him, and he left the victim’s vehicle, used to transport Sonia’s body to the dump site, behind City Hall with the doors and trunk wide open.

Almost like he was daring police to catch him.

It’s often been said that the police can make all kinds of mistakes investigating a murder, but the murderer himself cannot make any, or he will be caught.  It’s the premise of practically every police procedural movie and television show in history, and for good reason.

Police have many hands and many systems in place for cataloging everything they find.  It doesn’t matter if someone new takes over the case… they still have access to everything that’s been done before, and will be able to piece together the complete scenario with relative ease.

If he is to get away with this heinous crime, the killer can’t make any mistakes.  The police, however, can make mistakes all day long and still catch their man.  The police will always have the opportunity to recover from any mistakes they might make.

The criminal can’t.  One mistake and you’re done.

And that’s what’s got the police confident they are on track to catch Sonia’s murderer.  The killer has allegedly left DNA evidence behind, either at her home where she was killed, in the car used to move her body to where he dumped it, or at the actual dump site itself.

And that’s what is causing an uproar in the civil rights arena today.

Police are demanding “voluntary” DNA samples from a long list of men they think are connected to Sonia Varaschin.

That has the Canadian Civil Liberies Association very upset, and with good cause.

This practice, which does not involve prior authorization by a court, is highly coercive. It will leave innocent individuals feeling that that they have no other option than to hand their most private information over to the state.

Innocent people have very legitimate privacy interests in this information, and should not, in the absence of a court order, be “asked” to hand it over to the state. Suggesting that such individuals can choose to provide DNA samples on a “voluntary” basis is misleading, and ignores the coercive nature of police requests.

Moreover, it ignores the reality that innocent individuals who assert their privacy rights could be perceived as guilty of a heinous crime, even where there is absolutely no evidence to support this perception.

If police want to make a request for a sample of an individual’s DNA, they should be required to obtain judicial authorization before doing so.

When police ask for “voluntary” donations of your DNA, you know it’s NOT truly voluntary.  OPP Constable Peter Leon has even said as much to the media:

If anyone was to refuse giving a DNA sample,  “there’s probably a reason why they don’t want to participate in this voluntary procedure.  Unless they have something to hide, there’s no reason not to provide a sample.”

So, if you decide NOT to “volunteer” your DNA, you will be considered a murder suspect and investigated.  That’s the implication.

It’s become the standard for police across Canada.  Everyone is guilty until proven innocent.  Our great heritage of common law is nothing but trash on the garbage heap.

Presuming someone is innocent until you can prove otherwise is difficult. Sometimes, like unfortunately in this case, it is very difficult.  Does that mean we as a nation should toss our most basic human rights out the window?  Just to serve expediency?

As I said above, the police have been seeking the public’s assistance in solving this crime from the very beginning.  Most crimes are solved that way… with the assistance of the public.

But if the Ontario Provincial Police is willing to declare any male over the age of 18 who refuses to give their DNA is a murder suspect, any help they expect from citizens will likely dry up, if that hasn’t already happened in the face of this threat.

Just because this has been done before, as in the Holly Jones murder case in 2003, that doesn’t make it right.

Police claims that any DNA samples collected will be used only in Sonia’s case, and will be destroyed if they don’t match the suspected killer’s sample don’t hold a lot of water either.

Constable Peter Leon said samples taken for the murder investigation will be tested at Toronto’s Centre of Forensic Sciences. Those whose samples don’t match will  receive a letter stating they’ve been eliminated from the investigation. Their samples will be destroyed.

Given how the Toronto Police Service acted during the G20, violating the rights of Canadians practically every way possible and then denying it ever happened even when there was video and photographic evidence, is it very realistic to believe them?

I feel for Sonia Varaschin‘s mother and father… I truly do.

Clearly they are devastated by their daughter’s murder… and who wouldn’t be? There is nothing worse for a parent than the murder of their child.  It can and often does tear families apart.

Michelle, her mother, is very frustrated with the slow pace of the investigation.

“My biggest hope is that they catch the killer before I die.”

I hope so too.

I just hope the police will refrain from violating the rights of an entire town in order to catch Sonia’s murderer.