The residents of Slave Lake Alberta have been through the worst disaster most families will ever have to face: losing everything you own overnight.  If you haven’t been following the news, a massive fire took out about half of Slave Lake.  It is a complete and utter disaster zone.

News reports began surfacing on Sunday that the RCMP was searching all the homes in Slave Lake, claiming to be searching for “safety risks”.

Do the RCMP have the authority to simply walk into your home and search it from top to bottom?  It’s a good question, and the answer seems simple enough.

In reality, of course, the police often don’t bother with such niceties as obeying the law.  They simply drag you out of your home and threaten you with obstruction of justice charges if you don’t comply.  Don’t believe me… just ask Brian Ward of Parksville, BC.  That’s exactly what happened when RCMP showed up to search his home.

While Brian watched from across the street, his wife was hauled out of his home and threatened with obstruction of justice charges if she didn’t do exactly what they said.

Good luck with that.

Now in Slave Lake, all the residents have been evacuated and the RCMP are searching wherever they please. And the residents?

They’re all many miles from the homes they were forced to abandon, and they now find themselves at the whim and mercy of the RCMP.

Of course the RCMP doesn’t see it that way.  (I’m shocked!)

“We are not just entering houses arbitrarily, but we do have a duty to ensure the safety of the area,” said Tim Taniguchi with Slave Lake RCMP. “We’re also assisting fire services with entering homes that pose a fire risk.”

During their searches, police naturally have come across firearms.  It’s a northern rural community.  Of course there will be firearms in many of the homes!  Nobody but the RCMP seems surprised by this fact.

“The officers have come across several firearms and have seized that property,” said Taniguchi. “Until those sort of items are cleared, it’s not safe for residents to return.”

I fail to comprehend that statement.  The presence of firearms in someone’s home does NOT make it unsafe.   It is no more “unsafe” as the RCMP’s Tim Taniguchi claims, the day AFTER the fire than it was the day BEFORE the fire.

It’s not unsafe at all.

Then Taniguchi lobs out some great “spin”.   I say spin, because it sure isn’t fact… nothing but pure fantasy.

Taniguchi said an ammunition magazine heated up and exploded, sending shots firing during the initial sweep of the area, while media were inside the town on a tour.

“Part of the reason we are going through people’s houses is to find these things that are dangerous,” he said. 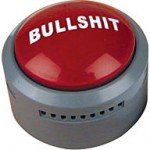 Hatcher’s Notebook is arguably one of the most comprehensive encyclopedias of firearms knowledge on the planet.  It was written by US Major General Julian S. Hatcher, and compiles his lifetime of knowledge and research into almost every facet of firearms and ammunition known to mankind.

I would never want to flat-out call the RCMP’s Tim Taniguchi a liar, but I will say that he is a very, very long way from the truth when he claims that ammunition heated up and exploded, sending shots firing dangerously through the area.

Quoting from Hatcher’s Notebook, page 531, under the heading of “Small Arms Ammunition as a Fire or Explosion Hazard” he writes:

As for any possible explosion hazard from small arms ammunition, even in large quantities, it can be said with confidence that there is no such danger.  [emphasis mine]

He goes on to say, on page 532, referencing the Sporting Arms and Ammunition Manufacturers Institute’s (SAAMI) research into this specific area of ammunition in fires:

Moreover, in other tests by the same organization, a large number of metallic cartridges and shotgun shells were burned in a fire of oil-soaked wood.  The cartridges and shells exploded from time to time, but there was no general explosion or propulsion of shot or bullets with any great force or to any great distance.

Throughout the test, the men conducting it remained within 20 feet without injury.  This test showed that small arms cartridges, whether they are metallic cartridges or shotgun shells, when involved in a fire, will not explode simultaneously but rather piece by piece; that the bullets or shot are not projected with any great velocity; and that the material of which the cartridges or shells are made will usually not fly more than a few feet.

Kinda shines the light of truth onto what Tim Taniguchi is trying to sell, doesn’t it?

While he gets to claim that he and the RCMP are acting in good faith to protect the public (not to mention the busloads of gullible reporters), it’s those same gullible reporters that won’t do the most basic research into the facts of the matter.

That’s disappointing, but it’s not unexpected.  Generally speaking the mainstream media have an anti-gun bias and the RCMP is happy to play into that with stories like this.

Commenters on the Edmonton Sun article were furious at both the RCMP and the ignorance of people buying into Taniguchi’s line.

As for the know-nothings who are eating this bullshyte – bullets do not “go flying around” when ammo cooks off.  All that happens is the casing separates from the bullet with a noise.  There being no chamber, no real pressure builds up.  And since the laws of physics continue to apply in a fire, every action has an equal but opposite reaction, i.e., the force that pushes on the bullet also pushes in the opposite direction on the casing.  No chamber or bolt to hold the casing = noise and a “pfft”.  That’s it.

The RCMP needs to be sent packing from Alberta.  Tomorrow is good.

Am I the only one that finds this unsettling of having police entering your house and taking items.  Home owners are not allowed in their own homes but police can enter your home and perform illegal searches.  You can honestly tell me they looked through the window and the guns were just sitting there.  Wow

The illegal searches enraged a lot of people, both commenting on this story specifically, and in pro-firearm forums online as well.

The general tone of the comments is the same.  The RCMP are violating the rights of the residents of Slave Lake by illegally searching their homes and illegally seizing their private property.

Now, without a doubt there is some legislation somewhere that makes what the RCMP is doing “legal”.  But “legal” is a very long way from “right” and “correct”.  A very long way.

After all, everything the Nazi’s did was “legal” under German law too, wasn’t it.  Didn’t make it “right” though, did it?  No.  Not by a long shot.  (pun intended!)

Same goes for the RCMP in Slave Lake.

rufous03 had an interesting comments, and a plan of action to try and get this kind of thing stopped. He writes:

Why complain here, spend your energy calling or writing the Federal and Provincial Justice Ministers. Demand that all officers entering a dwelling illegally should be charged.  This is why we need the Constitution changed to include property rights.  My email is already sent!   CFC is making up rules as they go along.

I would like to know exactly what neurochemical process is going on in the brains of the authorities and their fandom, such that they would think that the unwarranted (and by this I mean “morally and ethically unjustified” – not “lacking in a paper granting authority“) invasion of our most private homes by state minions followed by the pawing through of our personal possessions and the confiscation of anything the authorities of the day deem unsavory should be met with anything but outrage.

If this process qualifies as thought, then it must be either

How else to explain it?

The only way this sort of thing gets stopped is when we good citizens stand up for ourselves and our neighbours and demand it be stopped.

When we sit back and complain around our coffee tables, nothing changes.

Write your Minister of Justice and Attorney General today and demand these illegal searches be stopped, and that the RCMP members involved in each and every one of them be held to account for their actions.