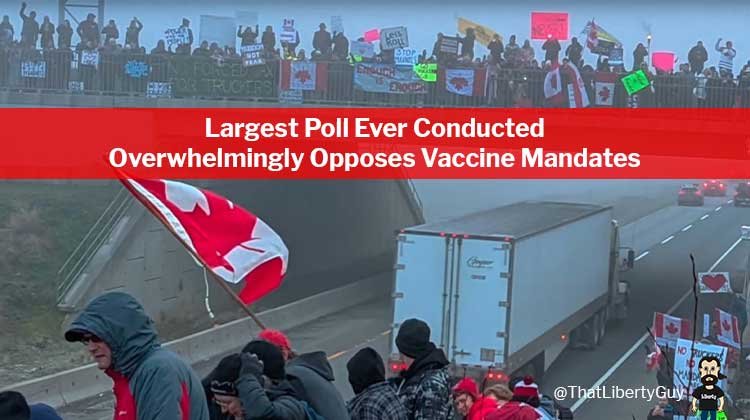 We’ve all seen our share of polls telling us how vile unvaccinated humans are, how they should be locked up, fined for non-compliance with COVID-19 health measures and banned from medical treatment altogether.

The problem with every one of those polls is they’re skewed by fear, by anonymity, misleading questions and a flat-out refusal to accept any true scientific discussion about the path we’re on.

But there’s one poll that’s still going on which tells the true story of how Canadians feel about Justin Trudeau and his government’s endless COVID lockdowns and vaccine mandates. 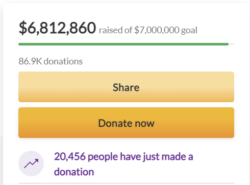 That poll, the Freedom Convoy 2022 GoFundMe fundraiser is the most valid because every single one of the 86,900 donors who collectively raised $6,812,860 (as of 1am January 28th) put their hard-earned money where their mouths are.

No other poll ever conducted can make this claim.

Just one segment of the trucker convoy is reportedly over 70 kilometres long, and there are other convoys coming from all parts of Canada to converge on Ottawa.

It’s the single largest protest in a generation or more, and it is this massive protest against his government that Justin Trudeau called a “small fringe minority” who hold “unacceptable views” right before announcing he must go into hiding because he’s been exposed to COVID.

“The small fringe minority of people who are on their way to Ottawa who are holding unacceptable views that they are expressing do not represent the views of Canadians who have been there for each other, who know of that following the science and stepping up to protect each other is the best way to continue to ensure our freedoms, our rights, our values, as a country,” Trudeau said Wednesday.

How dare Canadians hold a view the Prime Mistake has declared “unacceptable“?

When you take an honest look at the numbers of truckers in this convoy, the even larger numbers of people lining the highways as they roll through, and the 86,800 people who donated $6,803,580 to support this movement, it’s obvious that Justin Trudeau is lying.

This is no “small fringe minority.”

The only people their views are “unacceptable” to are the cowards of Canada’s political class who systematically destroyed our economy, shut down businesses and threw millions of Canadians out of work while they collected their $180,000 salaries unimpeded.

These are mainstream views held by ordinary Canadians from every province and territory, as this video shows so clearly.

While @JustinTrudeau dismisses history in the making, the world is watching Canadian truckers lead the charge against vaccine mandates. #FreedomConvoyCanada #FreedomConvoy2022 #freedomconvoy22 pic.twitter.com/Q9UYsrxzHH

The Conservative Party’s leader (and I use that term loosely) Erin O’Toole couldn’t even answer a simple question about whether or not he supported the truckers and their convoy. This gutless fool stammered out Justin Trudeau’s standard COVID talking points.

“It’s not for the leader of the opposition or a political party to attend a protest on the hill or a convoy,” O’Foole said.

Thankfully, some Conservative MPs have found their backbones despite the fact Erin O’Toole still can’t find his.

“During the recent election, Conservatives promoted vaccines but also promised to fight against vaccine mandates. We promised to support reasonable exemptions and accommodations like rapid testing. We need to make good on those promises. #TruckersForFreedom“

“Dozens of my constituents have called about the truck convoy making its way to Ottawa.  My constituents are noticing that many in the media along with Liberal politicians are trying their best to spear and discredit the truckers. We’ve seen this happen many times when interests don’t align. Keep on peacefully and respectfully trucking! Seems like you have tremendous support as you make your way to Ottawa.”

“I’m proud of the Truckers. Peaceful protest is a cornerstone of our democracy. The liberal mandates are unscientific, vindictive, mean-spirited and promote segregation. The people have a moral obligation to oppose unjust laws and mandates.”

“It seems that the PM’s motto, ‘diversity is our strength’ only applies to those who are diverse in the ways he supports. Instead of his hateful and divisive language toward fellow Canadians, he should treat others with dignity and respect and work to heal and unite our country.

“Thank you Truckers! Trudeau is attacking personal liberty and threatening everyone’s ability to get groceries because of his overreach on vaccine mandates. He is the biggest threat to freedom in Canada.”

“COVID has become a never-ending excuse for power-hungry authorities to replace our freedom with their control. Enough. Reopen our businesses, let our truckers drive & restore freedom for all.”

For two years every politician in the land insists the only way to end the “pandemic” is for every human on the planet to be vaccinated two, three or four times.

Justin Trudeau, the #CowardOfTheCottage as he’s more commonly known, announced all truckers coming into Canada after January 15th must be vaccinated.

In the wake of Trudeau’s latest moronic mandate I was thrilled to see people across Canada finally coming together in ways we haven’t seen in decades.

And it ain’t over yet.

Truckers, the heroes who deliver the food we eat, the clothes we wear, the gasoline our vehicles guzzle should we dare leave our homes, are now the Evil COVID Villains, but only to the woke mob and those who are too terrified to look at the facts through the lens of critical thinking.

But the political head of this country, Prime Minister Justin Trudeau, has neither the mental aptitude, the backbone nor the testicular capacity to speak to tens of thousands of ordinary Canadians whose lives Trudeau and his government ruined over the past two years and counting.

Justin Trudeau: “Last night, I learned that I have been exposed to COVID-19. My rapid test result was negative. I am following @OttawaHealth rules and isolating for five days. I feel fine and will be working from home. Stay safe, everyone – and please get vaccinated.”

Just in time to hide from Canada’s largest political protest in a generation.

“Not one single person in Canada believes for a second that @JustinTrudeau is isolating due to COVID exposure, he’s nothing more than the #CowardOfTheCottage and terrified to meet with the #FreedomConvoyCanada.” 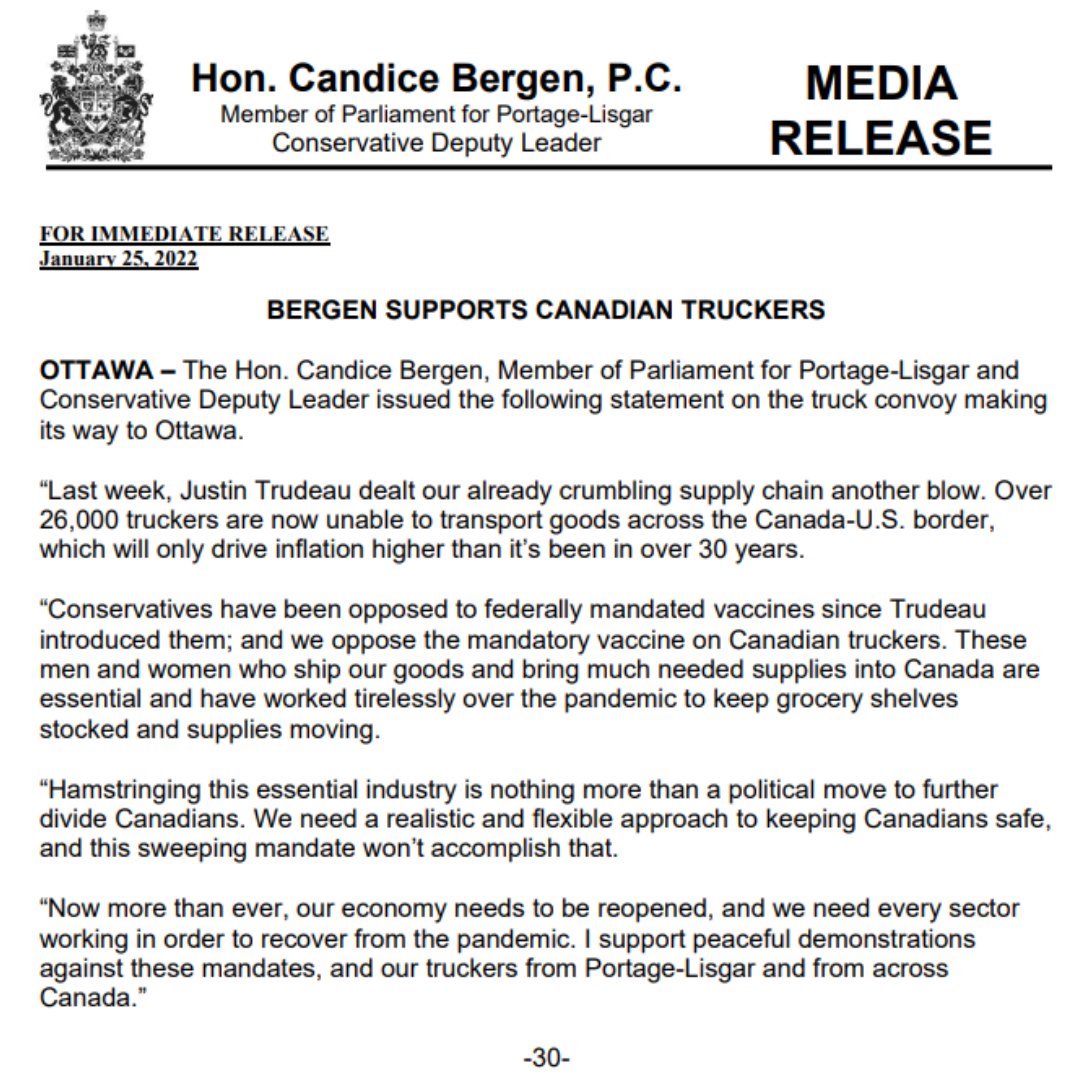