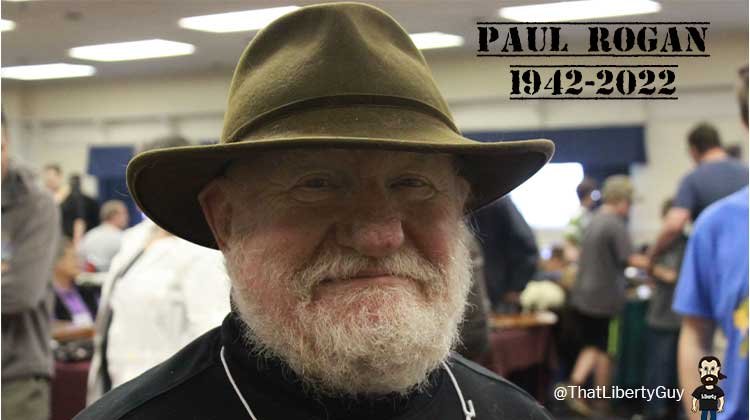 Whitehorse’s Paul Rogan was larger than life itself. If you ever met the man, you know precisely what I’m talking about.

While we corresponded frequently over the years, especially during the three-year Allen Carlos saga that Jane Gaffin and I wrote about regularly, I only had the pleasure of meeting the man once – at Jane Gaffin’s funeral in Whitehorse.

As I wrote at the time…

Paul Rogan, publisher of Canada’s one and only firearms buy and sell newspaper “Canadian Access to Firearms“, puts on the annual spring gun show here in Whitehorse and it’s a very well-attended affair.

I arrived about a half hour after the gun show opened and the place was wall to wall people.  But more important than all the people… the room was filled with guns!   Yes, I must admit seeing all those gorgeous pieces of metal proudly displayed by their owners was exhilarating.

While I stood there taking it all in Paul Rogan comes over and greets me in a way only this lively Frenchman can.

“Christopher!  So good to see you!  Listen. I got this guy you gotta meet.”

While Donovan Dewis has capably taken over Paul’s newspaper (and I’m sure you’ll forgive me for say so, Donovan!) nobody can replace Paul Rogan.

So much of where we are as a firearms community today is owed to Paul Rogan and the men of foresight of his time.

He was a giant among men who will not easily be forgotten by those who had the honour of knowing him.