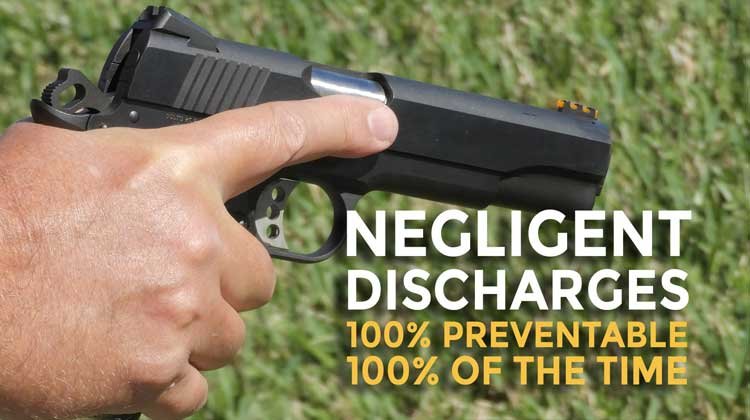 Normally I only see a couple of negligent discharge deaths each month, but this morning I woke up to three reports in a single day.  This is distressing, since all three deaths were wholly preventable.

First, in Belton, South Carolina, a 2-year-old girl died after being shot in the chest by a BB gun. Police and Emergency Medical Services attended the scene at 1:30am, and 2-year-old Marlee Sills was flown to Prisma Health in Greenville, SC, via Air Medical Services. She died about 4 hours later.

The police investigation indicates that the father attempted to move a BB Gun from under a counter and unintentionally fired the gun, striking his daughter in the chest.

“The investigation indicates accidental discharge and no signs of foul play.”

But this man’s 3-seconds of negligence cost the life of his daughter, caused him and his wife immeasurable grief and probably destroyed their marriage.

NOT the way anyone wants to start the New Year.

The Neshoba Democrat reports that “his friends drove him to Williamsville to meet an ambulance.”

Neshoba County Sheriff Eric Clark said he was not releasing more information until the family was notified and had time to “collect themselves.”

“There are still pieces that need to be pieced together,” Sheriff Clark said. “It is still unclear if they were just looking at the firearm or if it was more of a show and tell situation. The incident is considered an accidental discharge at this time.”

Clark said the incident should serve as a reminder of the importance of firearm safety training and the “golden rules” for the handling of firearms that are taught in courses such as Hunter’s education, including the essential rules

Third and finally, in Granbury, Texas, someone negligently discharged a firearm in the Granbury Walmart that injured one adult and an infant. Both shooting victims were transported to hospital by an air ambulance. There are no reports of how those two are doing at this point.

Granbury Police Department Deputy Chief Cliff Andrews says the investigation is still in progress, but emphasized “There is no threat to the public.”

PROVE the Firearm is Safe

The life you save may be someone’s you love.