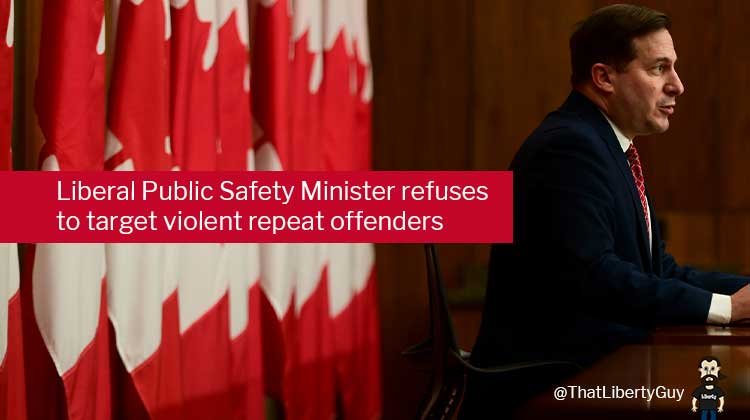 We live in an increasingly bizarre world where wrong is deemed right, and law-abiding citizens are treated like criminals.

“This is a government that is prepared to take the steps that are necessary. We’ve already put into place additional restrictions and prohibitions on assault-style guns. We banned 1,500 of them and we’re prepared to do more. We need to do more.”

If only a Liberal saying “doing more” meant taking illegal guns out of the hands of violent criminals. Alas, it does not.

It means more restrictions on Canadians who obey the law while ignoring drug dealers, gang members and a variety of other criminals who shoot up downtown Toronto nightly with illegal handguns often smuggled into Canada.

It means reducing prison time for these firearm offences:

It was laughable to watch Minister Mendicino defend this stupidity during the December 16th SECU Committee Meeting.

No, in the land of All Things Liberal, licensed gun owners are the evil scourge to be removed from society, not the degenerates shooting up our cities with no concern for who they kill or who gets caught in the crossfire.

Instead of focusing on P.A.L. holders, our Public Safety Minister ought to pay attention to the never-ending stream of Firearm Prohibition Order violators.

And we’re only one third of the way through December. Details on these repeat offenders is available on my Firearm Prohibition Order Violators tracking page.

This is a sampling of the shootings reported so far this month.