Joel Chandler has single-handedly exposed the Florida Department of Transportation’s illegal scheme to force anyone “daring” to pay a toll with anything larger than a $10 bill to hand over all their personal information before being allowed to carry on their way.

Citizen Chandler, as Jane Gaffin calls him in her piece Governments Want Total People Control, has filed a lawsuit in US federal court against the Florida Department of Transportation for continuously violating the constitutional rights of drivers stopping at the toll booths.

Jane and I absolutely love it! 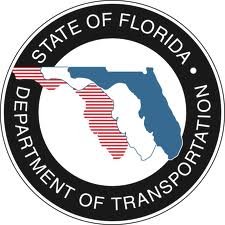 Illegal policies and actions by governments can ONLY happen with our consent.  And by consent I mean that we silently “take it” even if we disagree with it.

When we don’t stand up for ourselves.

While the Florida DOT claimed it was doing it to crack down on counterfeit money, their own internal records prove otherwise, as does common sense.  They were spending hundreds of thousands of dollars a year to “prevent” a problem that was costing them only a few thousand a year, according to documents Citizen Chandler has uncovered.

As of March 30th the Florida DOT has suspended their constitution-violating policy, and will have to answer for it in court.

Both Jane Gaffin and I praise Joel Chandler for his courageous stand against the constitutional violations of his government.  We wish him every success in holding the bureaucrats responsible for this atrocious policy accountable for their actions through his lawsuits, and encourage anyone who was affected by this policy to join him as he seeks class action status for his suit.