The news about CBC’s Vote Compass tool just gets better and better.   A few days I wrote about how the tool was allegedly created “to help voters decide” who to vote for in the upcoming federal election.

Turns out, as I said in that article, that all they’re trying to do is “help voters decide” to vote Liberal.

Today some amusing revelations have come out about the man who created Vote Compass for the CBC…  worked for Michael Ignatieff during his 2006 bid to become leader of the Liberal party.

Why am I shocked and surprised?  I don’t know…

Crap! I must be a Liberal!  How am I ever going to explain that to my family? 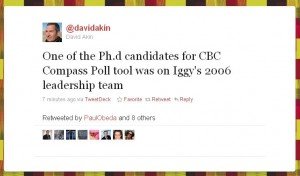 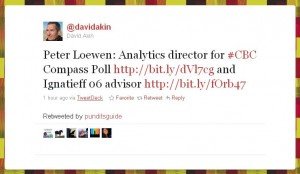