Germans are renowned for their precision, craftsmanship and ingenuity.

For some, like the 58-year-old precision mechanic who manufactured three homemade pistols in his spare time, it may mean obeying Germany’s strict gun laws is a waste of time.

A German news report says police stumbled upon the weapons by chance during another investigation, although the story does not give any details on that investigation.

At the time of their discovery, all three homemade weapons were loaded and functional and the unidentified 58-year-old is being investigated for violations of the Weapons Act. 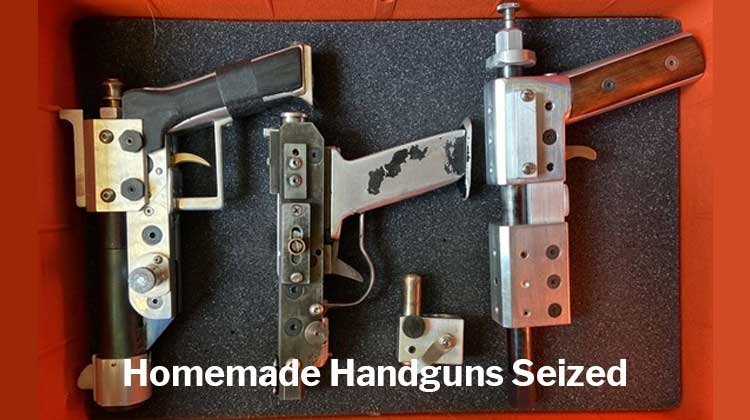 According to dw.com, a German news outlet:

According to the Weapons Act, you need a weapons possession card (Waffenbesitzkarte) to own or buy a firearm and a weapons license (Waffenschein) to use or carry a loaded firearm. This means collectors, for instance, only need the first, whereas hunters must have both.

A weapons possession card allows gun owners only to “transport” a firearm, rather than carry it. That means it must be unloaded and inside a locked case when taken out in public. But for those with a gun license, German law has no provision stipulating whether a gun must be concealed or loaded in public or not.

Applicants for a German gun license must

2) have the necessary “reliability” and “personal aptitude,”

5) have liability insurance for personal injury and property damage of at least €1 million ($1.1 million).

Amongst other criteria, the law says that applicants are deemed unreliable or lacking personal aptitude if:

In addition, anyone under 25 applying for their first gun license must provide a certificate of “mental aptitude” from a public health officer or psychologist.

The costs of applying for both permits and the required insurance are approximately 500 Euros ($735 CAD).