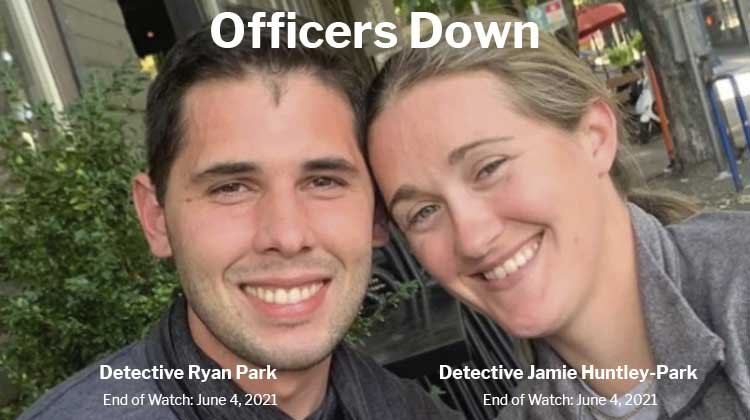 Tragedy struck the San Diego Police Department on June 4, 2021, when married Detectives Ryan Park and Jamie Huntley-Park were killed by a driver going the wrong way on Interstate 5.  That vehicle struck the detectives’ vehicle, killing them both.

The detectives were in a blue city-owned Ford Fusion sedan when they were hit by a white Honda Civic going at a high rate of speed in the wrong way down Interstate 5 near the U.S.-Mexico border south of downtown San Diego.

The female driver of the other vehicle also died after her car slammed into the detectives’ sedan and burst into flames.

“Today, my heart aches as we mourn the tragic passing of two decorated detectives. I had the honor of promoting Detective Jamie Huntley-Park & Detective Ryan Park in 2018. They were an incredible part of our team who helped countless San Diegans,” said Chief David Nisleit in a Twitter post.

The two met at the police academy, married in 2016 and were both promoted to detective on the same day nearly three years ago, Chief Nisleit said.

“Jamie and Ryan spent their lives serving the city, protecting the city. And so, I express my appreciation to both of them for their service and sacrifice to the city and to the people who live here,” said San Diego Mayor Todd Gloria. “Again I extend my condolences on behalf of a grateful city, to their families.” 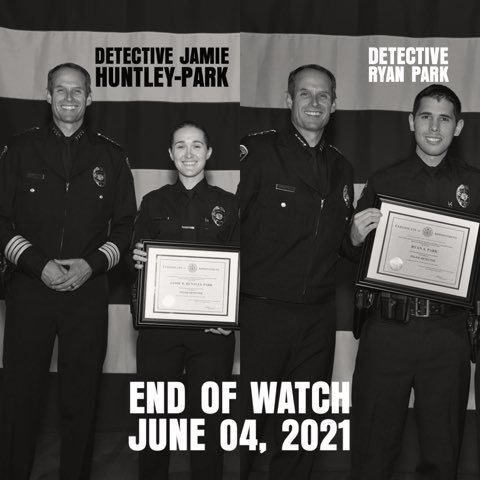