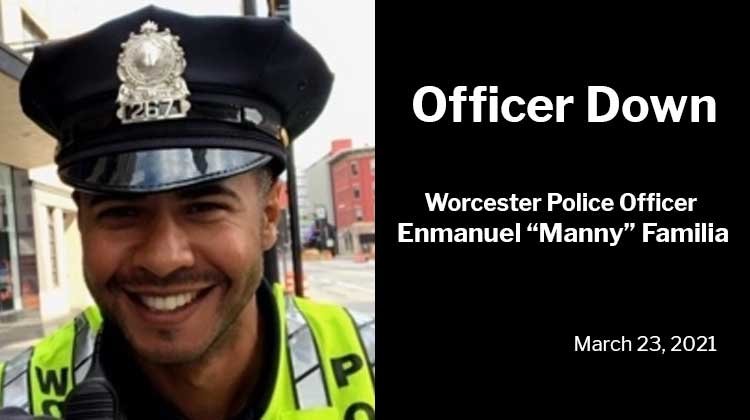 “Two kids were in the water trying to hold onto each other in the water when I got here, screaming that they couldn’t swim and that there was somebody else under,” witness Sheryl Lamonda told WBZ.

One officer came out of the water with two kids he rescued. Lamonda said another officer was in the water and people on shore were directing him to where the missing boy was.

A dive team pulled Officer Familia from the pond and he was pronounced dead at a local hospital.

At approximately 3:25 p.m., almost two hours after the initial 911 calls, a dive team recovered the body of the 14-year-old boy

“When you hear about the situation about what happened, that’s Manny. Saving other people. Putting his life on the line,” said Woodrow Adams, Jr., a friend of the deceased police officer. “He’s always been willing to go above and beyond for others and help people in need.”

Officer Familia, a five-year veteran of department, leaves behind his wife, Jennifer, and two children, a son and a daughter.