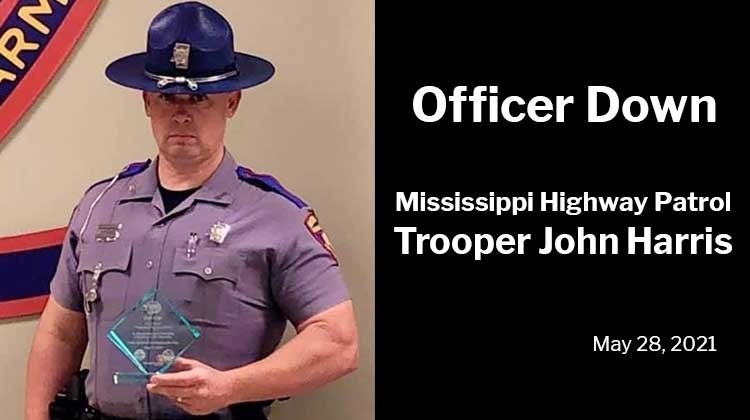 Mississippi Highway Patrol Trooper John Harris died on May 28, 2021, when he was hit by a transport truck while performing a traffic stop on another motorist.

“Trooper Harris was a passionate, dedicated public servant and an important member of the MHP family. Our thoughts and prayers go out to his family at this difficult time.”

Gov. Tate Reeves said Harris’ death is a “stark reminder of how fragile life on earth can be and of the sacrifices made each and every day by his fellow MHP troopers and his brothers and sisters in law enforcement across Mississippi and around this great country. Elee and I pray for his wife, his young children, his mom and dad, and the rest of his extended family.”

Harris served as a detective with the Richland Police Department before achieving his goal of becoming a state trooper.

While serving with the Richland police, Harris worked as a K-9 handler with K-9 officer Boy. The two were partners for 11 years before Boy passed away in April 2017 at the age of 15.

Trooper Harris is survived by his wife and children.