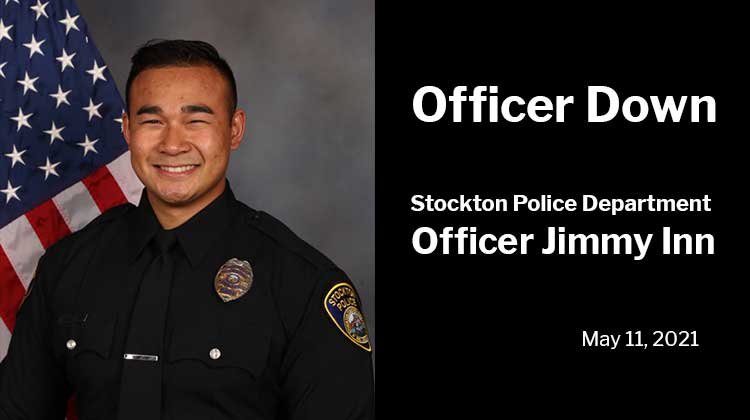 Stockton Police Department Officer Jimmy Inn gave his life in defence of a stranger on May 11, 2021.

“He gave the ultimate sacrifice and he came to work every day, putting his life on the line for strangers he’d never met — coming to work to protect members of our community, knowing it’s a dangerous job and knowing that going to disturbance calls are extremely dangerous,” said Stockton Police Chief Eric Jones.

Officer Inn was responding to a domestic violence call at a private residence at 10:07am. He approached the door, knocked and stood off to the side. His precaution didn’t matter, as 30-year-old Lance Lowe opened the door and shot Officer Inn multiple times.

As Officer Inn fell to the ground, Stockton Police Officer Pancho Freer arrived on scene. He heard gunshots and saw the suspect holding a gun while standing over the body of the fallen officer. Officer Freer exchanged gunshots with Lance Lowe, who then went inside the home and grabbed his 9-year-old boy and hauled him outside in a chokehold.

A resident of the neighbourhood tackled Lowe from behind, believing he was killing the boy. Once the boy was free of his father’s chokehold, Officer Freer shot Lowe, who was still armed.

Lance Lowe was pronounced dead on arrival at a nearby hospital.

Officer Jimmy Inn was transported to hospital where he died of his injuries.

He is survived by his wife Tila, also a Stockton Police Officer, his 7-month-old son, 12-year-old stepdaughter and 14-year-old stepson.