When someone is so distraught they want to end their own life, why do they insist on involving others?  Just kill yourself already and save the rest of us the grief and anguish.

That’s how I felt when I read the story of how two great police officers died last week in Boone, North Carolina. 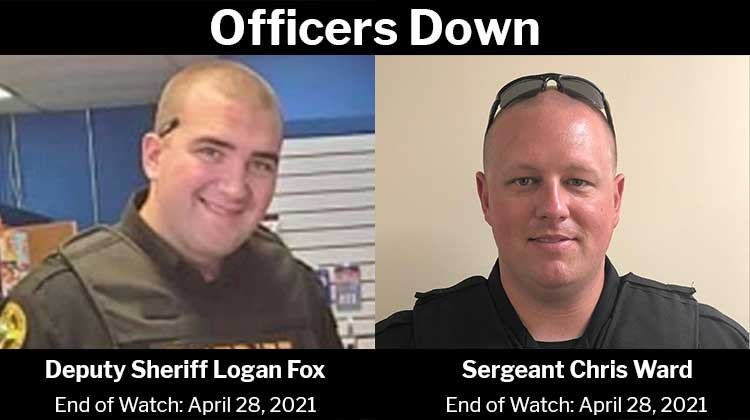 On April 28, 2021, an individual called in a welfare check on their missing coworker.

Sergeant Chris Ward and Deputy Sheriff Logan Fox responded to the call and attended the residence in question.

As they entered the house Isaac Alton Barnes ambushed the officers. He opened fire and fatally injured both officers.

Backup officers managed to pull Sergeant Ward from the home and he was airlifted to a hospital in Jackson City, Tennessee. He succumbed to his injuries a short time later.

Officers were unable to pull Deputy Sheriff Logan Fox from the line of fire. He died at the scene and officers recovered his body after the suspect took his own life around 11:00 am.

When police entered the home, they also discovered the bodies of the alleged murderer’s mother, Michelle Annette Ligon, and his step-father, George Wyatt Ligon.

“This is an incredibly tragic situation and our thoughts and prayers are with everyone involved as well as their families and our community,” said Watauga County Sheriff Len Hagaman.

“I greatly appreciate the tremendous support we are receiving from law enforcement agencies across the region and the state.”

Police believe Barnes had multiple guns and may have planned to hurt others as well, but those details are still being investigated.

Sergeant Chris Ward is survived by his wife and two daughters, ages 5 and 19.

My prayers are with the families and friends of Watauga County Sheriff’s Office Sergeant Chris Ward and Deputy Logan Fox. You deserved better than this.