In the early morning hours of April 9, 2021, a moron with a stolen handgun shot his friend’s sister in the leg.

While playing the big-shot, a 20-year-old moron suffered a negligent discharge his stolen handgun, The bullet travelled through the floor downstairs into the living-room and struck the 11-year-old girl in the leg.

Thankfully, the injury to the girl were not life-threatening and she is expected to make a full recovery.

In true moron fashion, the 20-year-old fled the scene in what can only be described as an act of cowardice. the moment he negligently fired the gun.

A short time later, the young man turned himself in to the St. Paul police. At the same time he surrendered the stolen handgun used to unintentionally injure his friend’s sister.

While the 20-year-old deserves a little credit for turning himself in, it’s not like the police didn’t know who he was or where to find him.

The young man was arrested and charged with reckless discharge of a firearm, possession of a firearm without a permit and receiving stolen property.

Arguably, the most important of those rules is to Keep Your Finger OFF the ‘Bang Switch’.

If you keep your finger off the trigger until you are ready to shoot, it’s impossible for bad things, like shooting your friend’s sister in the leg, to happen.

If you’re going to take possession of a firearm, whether legally or not, unless you want to end up like the foolish young man in this story, it’s critical to learn the basics of how to handle a firearm safely.

No matter where you live in North America, obtaining proper firearm safety training is easy to obtain.

As I report daily, many people are arrested for illegal possession of a firearm in Canada alone. The numbers are roughly 10 times higher in the United States.

We’re never going to stop people from illegally possessing firearms, but if we can encourage these people to, at a minimum, learn the four fundamental rules of firearm safety, we will save lives.

And if you’re the person illegally possessing a firearm, you may want to make better life choices. The years in prison you save could be your own. You’re worth it. So is the life of the person you injure or kill, whether you meant to or not. 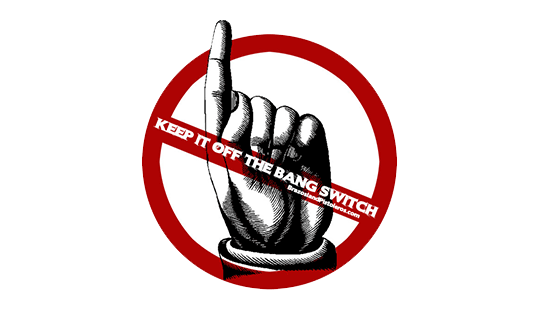