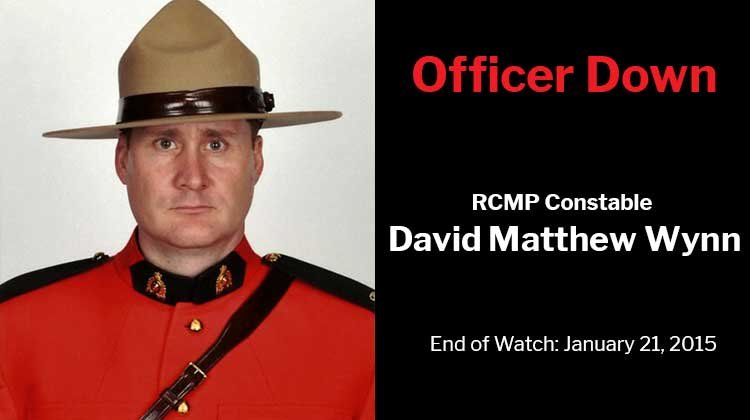 On January 17, 2015, RCMP Constable David Matthew Wynn was checking licence plates on vehicles at the Apex Casino parking lot, a job reserved for quiet shifts. He found a vehicle whose plates did not match, and went into the casino to review security tapes.  Auxiliary Constable Derek Bond was sent to assist with the security tape review.

“One officer, he tried to grab the guy from behind,” witness Rodney Codner said. “The guy turned around, pulled a gun and shot him. And that was Const. Dave [Wynn], the one who got shot in the head. He went down. And the other officer tried to grab [the gunman] afterwards, and there was a little bit of a struggle. And then he shot him.”

Constable Wynn was shot in the head from close range. Miraculously, he survived and was taken to hospital.

Constable Bond was shot in the chest and right arm.

Like all cowards, 34-year-old career criminal Shawn Rehn took his own life rather than be held accountable for his heinous actions. Police tracked him to the location where he was found dead, a gunshot wound to the head.

At the time he murdered Constable David Wynn, Shawn Rehn was out on bail for a host of crimes, including escaping lawful custody and possession of a prohibited firearm.

Shawn Rehn was also under a lifetime Firearms Prohibition Order as a result of his previous crimes. That did not stop him from illegally acquiring the gun he used to murder one police officer and injure another.

Constable Wynn fought for his life, but it was a battle he would ultimately lose. On January 21, 2015, David Wynn was taken off life support, the only thing keeping him alive.