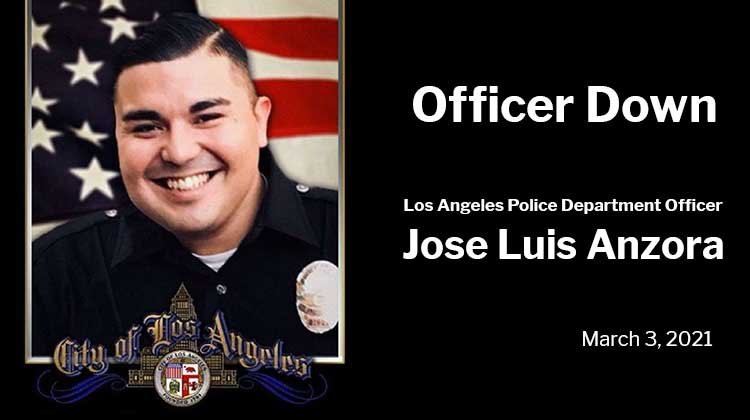 He was standing beside his police cruiser near Martin Luther King Jr. Boulevard and Trinity Street at about 7:30 p.m. Friday when he was struck by a motorist.

On March 3, 2021, Officer Jose Anzora succumbed to the injuries he suffered the week prior.

“Today we lost a guardian & protector,” LAPD Chief Michel Moore tweeted Wednesday. “Officer Jose Anzora served for nearly a decade. He tragically lost his life in the selfless service in the communities in South L.A. Our gratitude to the medical professionals who fought so hard to save his life. May God welcome him home.”

“This is such a tragedy and words cannot express the loss to all,” said Eileen Decker, president of the Board of Police Commissioners. “We thank him for his service to our City of Angels and may he rest in peace.”

The driver who struck Anzora remained on scene after the crash and was cooperating with police, an LAPD spokesperson said.

Officer Jose Anzora is survived by his wife, his mother and other family members. 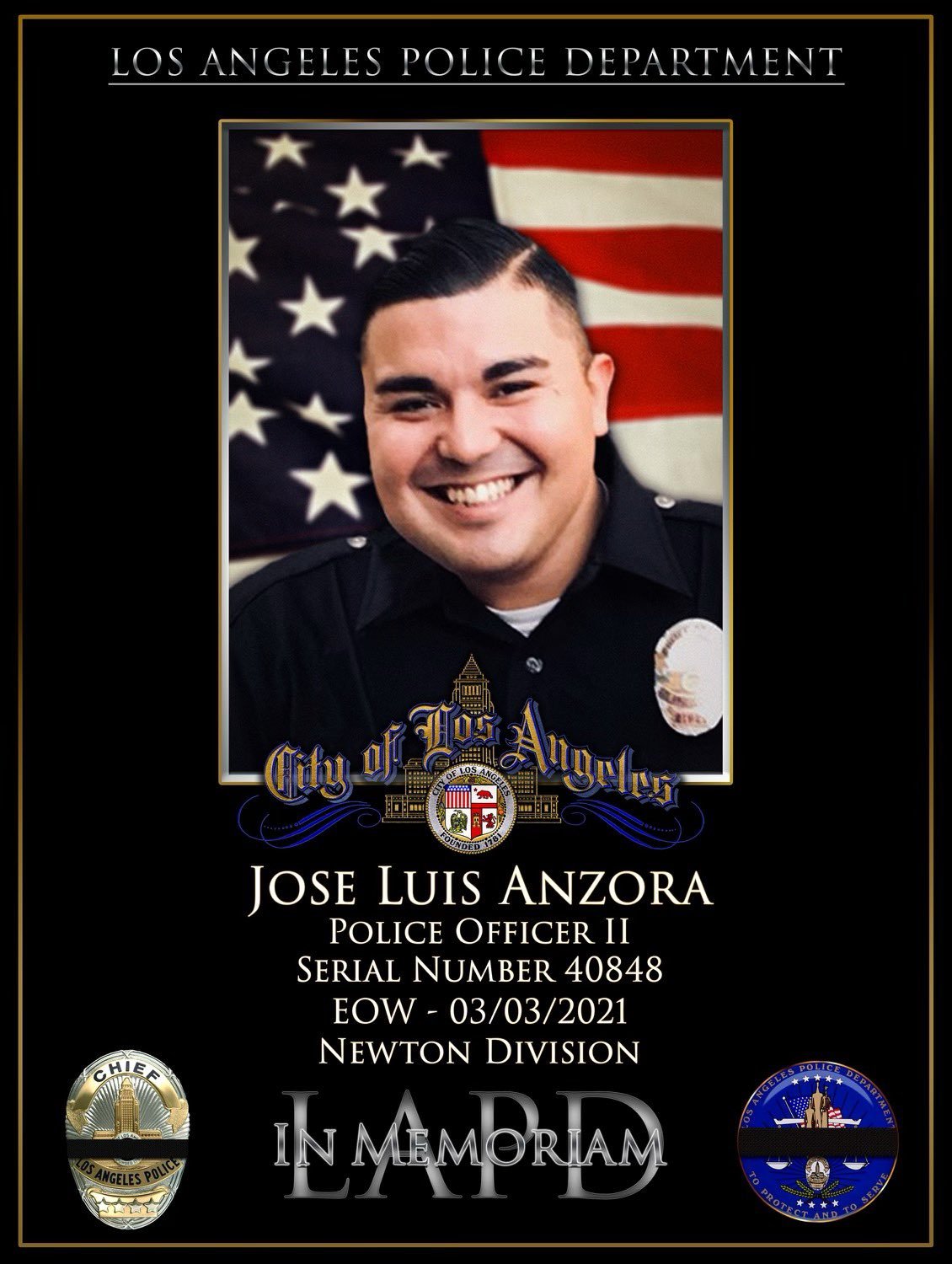 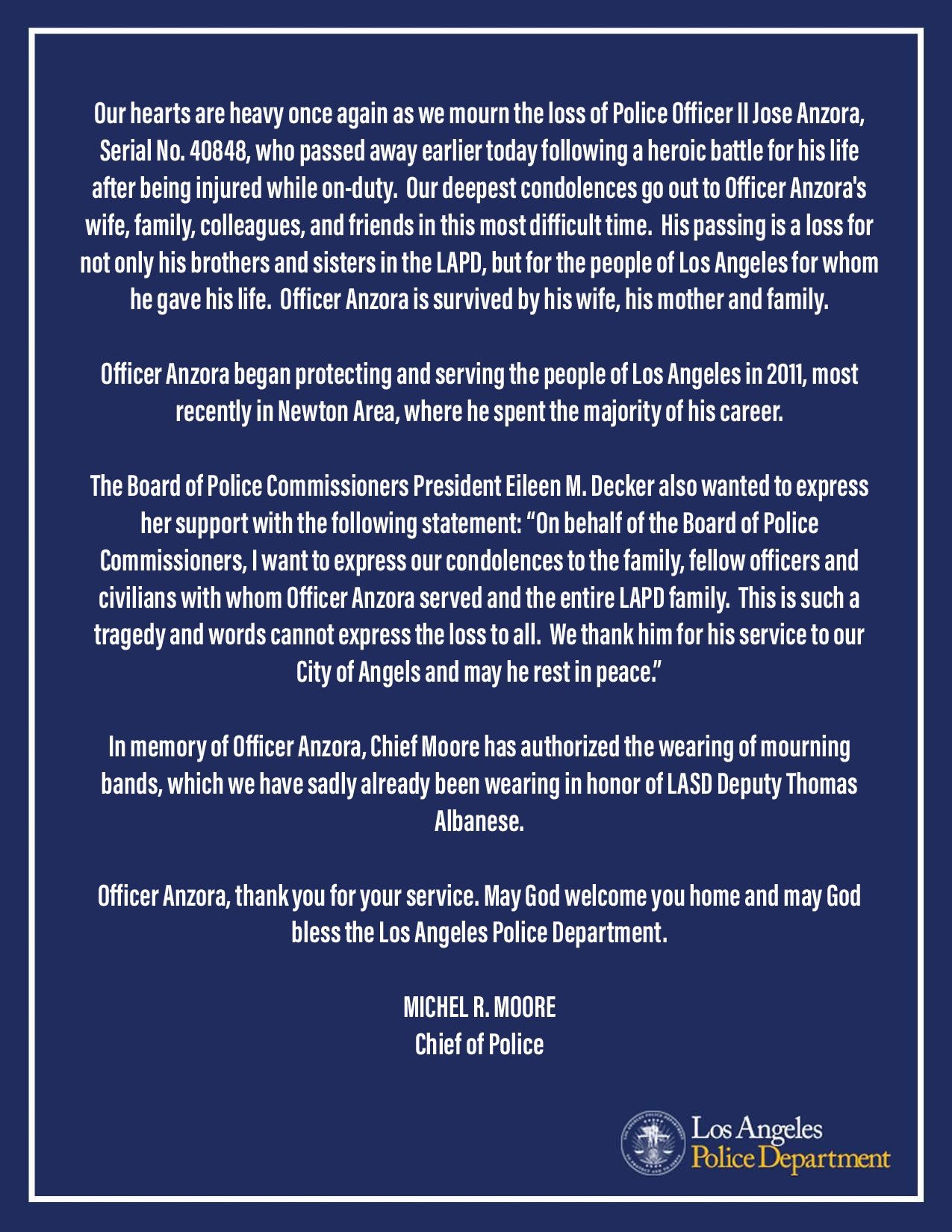