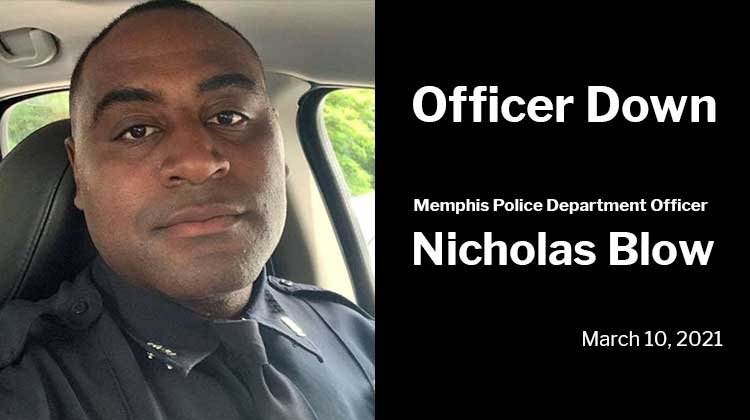 Making it to the end of your shift is the goal of every police officer. Once you’ve made it back to the precinct, changed into your civvies and made it to your personal vehicle for the drive home, all the dangers are over for the day, right?

For Memphis PD Officer Nicholas Blow, sadly the answer is “No.”

On March 8, 2021, Nicholas Blow was on his way home after his shift when his vehicle was struck by a drunk driver as he pulled out of the police department parking lot.  First responders rushed him to the hospital in critical condition, but his injuries were too severe.

Officer Nicholas Blow succumbed to his injuries on March 10, 2021.

“I had no doubt in my mind that he was going to be the best dad in this world,” said Nicole Blow, his younger sister. “He just was truly a good man. His heart was pure. And he just always wanted to do the right thing.”

“Nicholas just always had that personality to where he could reach people in a different way, without yelling and screaming,” said Nicole. “He could just talk to them. He always had that mutual respect with people, no matter criminal or not.”

“He was always a protector,” Nicole Blow said. “Back when we were in school, (and) up until we were adults, he always protected me and looked out for me. He was one of my best friends.”

Officer Nicholas Blow was an eight-year veteran of the U. S. Army, and joined the Memphis Police Department in 2018.

He is survived by his fiancee, and two children.

If you would like to help Officer Blow’s fiancee and their children, please contribute to the GoFundMe page created in his name.

It is with great sadness we announce the passing of our member, Nicholas Blow. Please keep Deacon Earl and the Blow family & friends in your prayers! #restinpeace #prayingGodcomforts pic.twitter.com/5T582qk9Vl

Memphis Police Department issued a warrant for Robert Earl Jackson, 54, and placed him in custody on Friday, March 12th. Jackson was charged with driving under the influence and vehicular homicide. Jackson’s blood-alcohol level was twice the legal limit when he killed Officer Nicholas Blow.