Justin Trudeau will use his government’s December 1st fiscal update to force opposition parties to either lick his boots or send Canadians to the polls.

This comes with some sharp unknowns for all sides, but the chips appear to be stacked in favour of the Sock-Puppet-in-Chief.

Justin Trudeau knows the only way to get his majority government back is to force an election while dishing out hundreds of billions of borrowed dollars.

Once the tap runs dry and true fiscal reality hits Canadians, he will be dumped faster than that rotten cottage cheese in the back of your fridge.

There are some signs of hope, of course, that cracks are forming inside the Liberal government.

What makes Paul Rochon’s resignation even more delightful is that Carolyn Wilkins, senior deputy governor of the Bank of Canada and Freeland’s rumoured replacement for Rochon, also resigned from her post effective December 9th.

Mr. Rochon did not say why he resigned the day after Freeland’s update landed in Parliament.

He doesn’t have to. The implications are obvious.

Canada’s most powerful bureaucrat doesn’t quit on the spur of the moment, nor does he resign the day after his boss tables documents he is intimately familiar with unless there is a problem – a really big problem.

Either the Minister of Finance and the Prime Minister refuse to listen to his sound advice or they’re lying to Canadians and using the hallowed halls of Parliament to do it.

The most likely scenario is Trudeau and Freeland despise anyone who shows a shred of fiscal integrity (or any integrity at all).

One anonymous senior bureaucrat said the people at Finance Canada “are fiscally conscious people but they have thrown up their hands and said, ‘How much do you want to spend?’ There is a state of discouragement that I haven’t seen in 25 years in Ottawa.”

It’s a scandal-in-the-making, to be sure, and I look forward to watching it unfold in the days and weeks ahead. Maybe in time for Christmas?

“[These are] economic measures that, of course, will be a matter of confidence,” Trudeau said.

“I am reasonably confident that none of the opposition parties wants an election right now. We certainly don’t want one. We want to get these supports out to Canadians and there are certainly things in this fall economic statement that every party should be able to support.”

Trudeau continues to peddle the lie that he doesn’t want an election.

Justin Trudeau doesn’t care about supporting Canadians through tough times. He cares about forcing a pandemic election so he can turn his minority government into a majority.

Trudeau’s drooled over a pandemic election after two minority provincial governments, New Brunswick and British Columbia, rolled the dice and emerge with majorities. Trudeau believes he can do the same on the national stage.

While Trudeau The Lesser’s many character deficiencies are routinely on display, nobody can say with a straight face that Justin is not a master of political opportunism. He is.

And he knows how to turn electoral turds into victory, as the BlackFace scandal during the 2019 federal election proved, much to my dismay.

Honestly, it’s hard to imagine a scandal that can take the shine of the Shiny Pony at this point, since no scandal seems to touch his glinting hair or his trendy socks.

If Trudeau gets his Christmas present this year – a pandemic election – I have a hard time seeing how opposition parties will take him down.

Make no mistake – the thought of another Trudeau The Lesser majority government makes me want to vomit, but the cold, hard facts are impossible for a realist like me to ignore.

Trudeau leads in the polls. Sure, polls have meant little in many recent elections, but The Shiny Pony has an appeal that defies common sense and logic for two-thirds of Canadians. 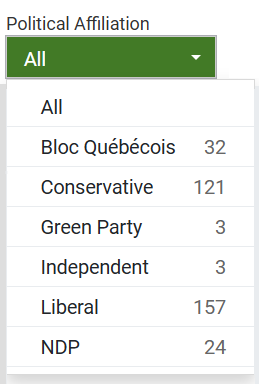 While I firmly believe Trudeau wants a pandemic election, there is little hope opposition parties will align and give him what he wants.

When the Confidence Vote comes up in Parliament in the near future, here’s what will happen.

Despite his deep desire for a pandemic election, unless Justin Trudeau can find a way to offend and outrage the NDP so deeply they can’t see straight, Trudeau’s brinkmanship is nothing but political theatre designed to keep the talking heads talking about him.

And isn’t that the point?  To keep the media talking about Canada’s most famous narcissist?

And while the press continues to talks about him, Justin Trudeau continues to frame a pandemic election in terms most favourable to him completely unopposed.

If Erin O’Toole and his team truly wants to win the next federal election, they must find a way to frame themselves favourably in the minds of voters.

So far, they’ve utterly and completely failed to do so, apparently preferring to allow Justin Trudeau to set the narrative for them.

This distresses me greatly.

Image Credit: Justin Trudeau: DonkeyHotey | CC by 2.0 | Changes: add space to the left of our caricature of a prime minister to allow space for the text.