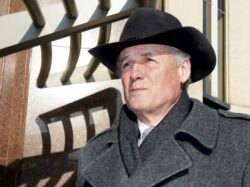 Doug Christie was a lawyer who loved liberty and everything the concept embodies. His kindness and generosity is legendary, as was his biting sarcasm when people opted not to heed his good advice.

Douglas Christie was Canada’s most prolific defender of free speech, appearing in the Supreme Court of Canada in the defense of freedom of speech more times than any other legal counsel in Canada. He consistently argued against laws repressing free speech, and for individual liberty.

With his vast experience, Doug Christie could easily have charged five times his hourly rate but refused to do so, “because ordinary people being crushed by the state don’t have a lot of money and they need good counsel.”

As a defender of free speech, Douglas Hewson Christie won some of the biggest cases in history and, arguably, it’s because of his wins in the highest court in the land that we [mostly] have our right to free speech today.

Below is an untitled poem he wrote shortly before he died from cancer on March 11, 2013, challenging all of us left behind to continue his battle for liberty and freedom of speech.

An Untitled Poem to the Lovers of Freedom and Liberty

I have no regret for all the wounds I’ve suffered,
By those who hacked and hewed and tore at my good name.

I fought for what I thought was worthy,
And I would fight them just the same again.

For soon no more remains of all my sorrow.
For once gone they can inflict no more of pain,

And I will count the world’s contempt and sneering,
Not as a loss of hope, but as a gain.

For those who can not go upon this journey,
But must remain to battle when I’m gone,

I pray that when the struggle is too weary,
I can from beyond the rest less fury,

Stretch forth my arm and
help to make you strong.