This is part of my ongoing series on Canadian Mass Murders.

On March 3, 2005, a violent man with a long criminal history and a lifetime firearms prohibition order against him used an illegal gun to murder four RCMP constables in Mayerthorpe, Alberta.

Roszko maintained a large marijuana grow-op inside the Quonset and the trailer. He also ran a “chop shop” for stolen vehicles in it. These were both long-running criminal enterprises police were totally unaware of. Had legislation existed at the time allowing police to check on dangerous offender like James Roszko, these four RCMP members would probably still be alive today.

We cannot continue to ignore the most violent offenders in our nation. This is a public safety threat no political party or government is willing to address.

How many more RCMP members must die until this changes?

The fatality report (view PDF) resulting from the inquiry into the deaths of Mayerthorpe’s Fallen Four shows Cpl. James Martin, the senior officer on the case, knew of James Roszko’s criminal record, his firearms prohibition order and his violent background.

Despite this, Cpl. Martin decided not to activate an ERT team yet, even though “we were probably going to need ERT to assist us in executing his arrest warrants.”

An ERT is often activated to deal with suspects known or believed to be armed. Those criteria did not yet exist at the time this decision was made. That changed shortly after the search began.

Police discovered .308 and 9mm ammunition, proving Roszko was in breach of his firearms prohibition order, although no guns were found with the ammunition.

By 3am on March 3rd, Cpl. Martin and Sgt. Pinder, the two senior officers on scene, knew the following (see page 7):

They knew ammunition had been found and that this implied a substantial risk that Roszko could possess firearms notwithstanding his prohibition from doing so. They had alerted all members to look out for firearms on the property but to this point none had been located.

They understood there was a potential for Roszko to return while, at least, Cst. Johnston and Cst. Gordon were there. That said, they also knew from long experience that individuals fleeing a police presence do not typically return to the scene.

No one was aware of any circumstance where an individual had fled the police only to return with the intent to do serious harm.

Unknown to Constable Johnston and Constable Gordon, the two RCMP members remaining on site to secure the location until other investigators returned, “at some point between approximately 3:30 to 4:00 am and 10:00 am on March 3, 2005, Roszko gained access to the Quonset.”

He remained undetected until approximately 10:00 am, when he used a Heckler & Koch .308 semi-automatic rifle to shoot and kill Constables Gordon, Johnston, Myrol and Schiemann right after they entered the Quonset.

Roszko “casually” walked out the front of the Quonset hut with a handgun in his belt, a hunting rifle slung across his back and the Heckler & Koch .308 rifle in his hands. At this point he apparently thought he killed all RCMP officers on scene, a belief supported by the inquiry’s report.

Then he saw Constable Stephen Vigor.

“He appeared to have a surprised look on his face. I don’t think he expected to see another police officer or another person there,” Vigor told the inquest.

Roszko fired at Vigor, who escaped injury and returned fire, hitting Roszko twice, once in the left hand and once in the right thigh, fracturing his femur.

“This fact bears directly on all that follows because we now know that the incident was effectively over [at this point],” the report said.

Roszko committed suicide almost immediately after staggering back inside the Quonset.

How many more RCMP members must die until this changes?

If you, like me, want to see violent criminal offenders tracked, please write to the Minister of Justice and the Minister of Public Safety and demand they introduce legislation to prevent more tragedies like this. 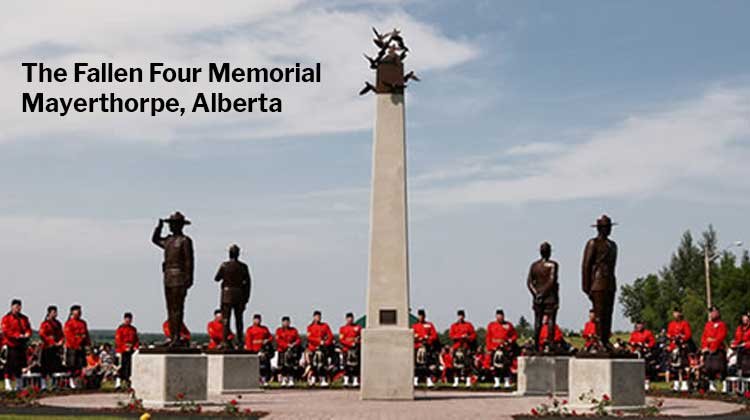