When faced with his own racist past, Trudeau had to change the channel as fast as possible, and that meant pulling out that tried and true escape hatch Liberals always use when their scandalous past crashes in on the present.

A new round of gun bans, this time bigger than anything we’ve seen yet, delivered by that sanctimonious and holier-than-thou Justin Trudeau we all know and despise.

If re-elected, a new Justin Trudeau government will exterminate most of Canada’s major shooting sports, all so Justin Trudeau can escape the latest scandal entirely of his own making.

It would be amusing if it wasn’t so scripted, so thoroughly hypocritical, and so calculated to deceive everyday Canadians like you and me.

Don’t believe the mainstream media line that “it’s neck and neck in Election 2019.” It’s not. National voting average does not translate into the seats required for Conservatives to form government.

Even in the wake of Trudeau’s blackface scandal, the Liberals are still polling just 10-13 seats from a second majority government, depending upon which poll aggregator you choose.

This is good news, since the range was 1.5-4 seats before the scandal broke, but it’s still not enough to get the Conservatives into majority government territory.

Gun Owners Will Pay The Price

The problem for those of us who value integrity, truth and honour is this: it’s working. Trudeau cannot remember how many times he wore blackface (because it wasn’t memorable to him in the least) yet over 30% of Canadians say they will still vote for him.

We will pay the price for Justin’s racist past unless we can stop him from forming government in 26 days. It’s a tall order, given fully one third of our nation’s people still think he is a good leader despite scandal after scandal just this year alone.

Every candidate’s campaign team needs more volunteers. They can never have enough. Jobs are many, workers are few, and this is where you can make a huge impact on who gets elected in your riding.

If you volunteer just 3 hours, 1 day per week to help your candidate identify supporters so they can these voters to the polls on Election Day, you will help your candidate receive 72 additional votes. That’s enough to change the outcome of an election campaign.

It’s the most important, yet easiest job on any campaign. Just knock on a door, let the person know you’re there on behalf of your candidate, and want to know if they will support your candidate on Election Day. Confirm their name from your canvassing sheet and record their answer. That’s it.

One volunteer working just 3 hours, 1 day per week over the course of the next 4 weeks will identify, on average, 72 voters.

In 2015, Conservative Lawrence Toet lost to the Liberal challenger by 62 votes.

Volunteer For Your Local Candidate

Volunteering for your local candidate is easy.

First, go to Elections Canada and find your electoral district, if you don’t know it already.

Second, visit VoteGuns.ca, select your province and search for the name of your electoral district. The list is in alphabetical order.

Third, click on the name of the candidate we recommend and contact them to see see how you can help them defeat the Liberals.

NOTE: The candidate may not be your “preferred” candidate, but they are the one who has the best chance, in your riding, to defeat the Liberals. That’s what this election is about – defeating Liberals. When the Conservative candidate has no chance of winning (based on our research and the latest polling data) we recommend you support the candidate who can beat the Liberals in your riding.  See our book, Gun Owners Guide to Election 2019, for the details of why the gun policy of these other parties is irrelevant to this plan.

CAVEAT: We’re starting with the GTA, as this is where we can have the greatest impact in a single area. It takes a lot of time to track down campaign offices for each candidate, so if you don’t see your riding today, check back tomorrow, as we’re rolling this data out as fast as we can. 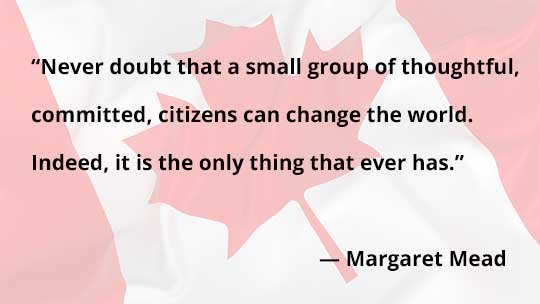