Obama has a stock speech he trots out after every shooting… well, almost every shooting.  He’s not much interested when the body count isn’t high. In that respect he’s just like other anti-gun advocates and the complicit media who panders to and endlessly promotes their stupidity.

Each and every one of them gleefully and self-righteously dances in the blood of the dead, all while shedding crocodile tears for the victims while refusing to admit the simple solution that’s stared them in the face for decades.

“The notion that the answer to this tragedy would be to make sure that more people in a nightclub are similarly armed to the killer defies common sense.”

How is that NOT a positive outcome?

Because it doesn’t advance Obama’s anti-gun zealotry, that’s why not.

The averted tragedy at Playoffz Nightclub in Lyman, South Carolina, was not due to police arriving and stopping the shooter.  It was not stopped by the shooter ending his own life.  It was ended by the only person who could end that shooting in progress – an armed citizen on scene.

But that does not match Obama’s anti-gun paradigm, does it?  Nope, not even close.

So what does Obama do?  Does he fly to South Carolina to meet with the shooting victims?  No.

Does he shed a crocodile tear at a press conference?

Does he even hold a press conference about the South Carolina nightclub shooting?

He goes for coffee and wonders what’s on television… 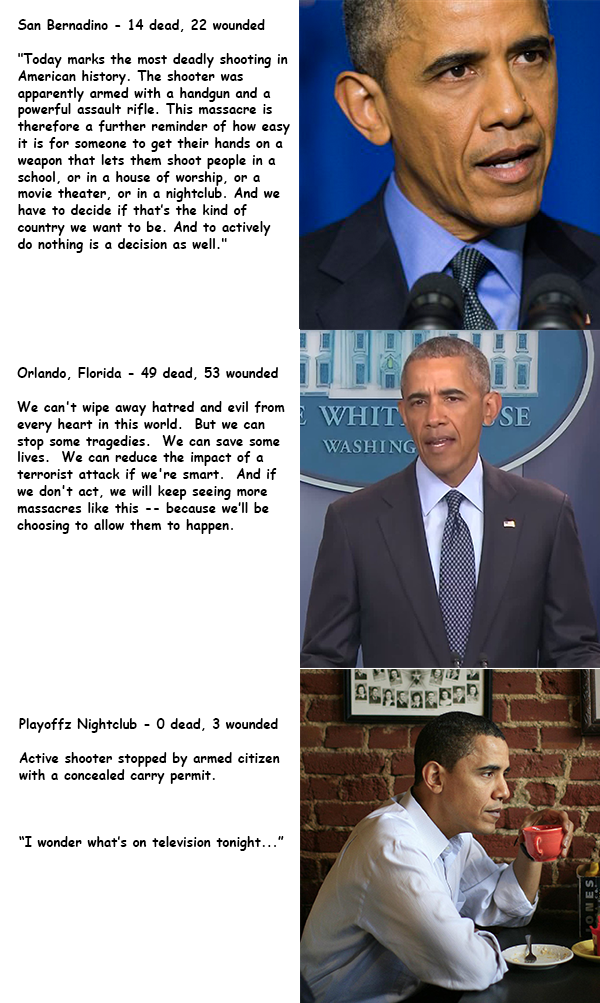