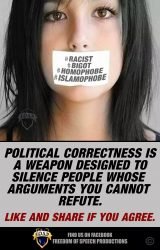 UPDATE at end of article

I was working on a story yesterday that brought to mind the case of Arthur Topham of Quesnel, British Columbia. Arthur has an opinion of his own and he’s never shy to share it and that landed him in some very hot water with Canada’s Thought Police.

Arthur describes this exchange in one of his many legal updates on RadicalPress.com.

Following his instructions to me I asked the Judge if I might speak. He gave his permission and I then told him that I wished to register a strong objection to the manner in which Crown was continually making reference to Radical Press and comparing the website to either cases of child pornography or else, as in today’s arguments, cases of sexual abuse.

I told the Judge that I felt this was highly unfair and prejudicial and that there was no comparison to what I publish and what the Crown was attempting always equate with those two references.

The judge then said Topham’s objections were “noted” and that was the end of it.  I suppose the reason there was no discussion of the validity of Topham’s objections is our court system has an affinity for sexual predators.  A man daring to exercise his right to free speech?  Not so much.

How can I make such a statement?  Quite easily, sadly, because it’s the truth.

A hearing has been ordered in the case of a former physiotherapist who successfully argued he was too poor to pay for a lawyer to defend himself against charges he sexually assaulted 23 female patients.

Last year Campbell Ernest Crichton of Duncan, B.C., had his charges temporarily set aside after a judge found he was indigent and needed a government-funded lawyer for the complex criminal trial.

Former psychotherapist Campbell Ernest Crichton was accused and is now convicted of sexually violating 23 human beings, former patients actually, and the government paid the entire cost of his legal defense.  Those are actual crimes against actual human beings.  For those heinous crimes this complete and utter douche-bag was sentenced to… no, not prison, but to 2 years less a day of house arrest in a conditional sentence.  Campbell Ernest Crichton will not serve a single day in prison despite victimizing at least 23 human beings in the most heinous manner. 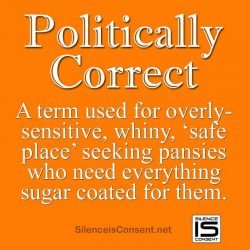 Arthur Topham is accused of hurting someone’s feelings, two someone’s actually, who cannot be named under a publication ban.  It would seem their irrational sensitivity to the written word is too much for them to bear so their names cannot be made public.

Arthur Topham is too poor to pay for a lawyer in his criminal case too, but the government wants nothing to do with his case.  His application for legal aid funding was denied.

I explained this in my 2014 commentary titled “Should Arthur Topham Have Sexually Assaulted 23 Women Instead?”

By these standards it is far more important that a sexual deviant’s rights be safeguarded than a man who dared write a few words someone found objectionable.

That is a very dangerous precedent to set.

Sending a man to prison for the words he writes out to scare the crap out of every single writer in Canada.  Sure, today it’s Topham’s views that are “politically incorrect” and therefore fair game for our legal system, but what about tomorrow?  Whose views will be deemed “incorrect” then?  Who will stand up for you?

Campbell Ernest Crichton is charged with sexually abusing 23 human beings.  That is real, substantial physical and emotional trauma all for one sick man’s own sexual gratification. There are real human victims.

Arthur Topham wrote an article someone didn’t like.  For that the BC Hate Crimes Unit of the RCMP and the BC Attorney General want to send Mr. Topham to prison, while refusing him any chance of a true legal defense.

Shouldn’t we be far more concerned about sexual predators?  Nope.  We’ll happily pay their legal fees and send that darned writer to prison.  After all, ideas are far more dangerous than sexual predators, right? 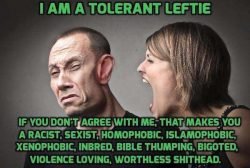 Canada’s Thought Police want to send this man to prison because they don’t like an article he wrote.

In other words, he hurt someone’s feelings so now he must pay.

Isn’t that the epitome of politically correct lunacy?

On November 12, 2015, Arthur Topham was convicted of “wilfully promoting hatred against ‘people of the Jewish religion or ethnic group” under Section 319(2) of Criminal Code of Canada.  He will be sentenced sometime in 2016.

For the moment Topham’s website RadicalPress.com remains online despite Crown Counsel Jennifer Caroline Johnston’s attempt to have it taken down.

B.C. Supreme Court Justice Bruce Butler refused to give that order, saying he would deal with the issue of the website when Arthur Topham is sentenced in 2016.

Will Arthur Topham be sentenced to house arrest and a conditional sentence like convicted sex offender Campbell Ernest Crichton?

Not likely. Speaking your mind is far more dangerous in Politically-Correct Canada than an actual serial sexual predator.

UPDATE:
Arthur Topham is a tenacious man, however, and it’s a good thing.  While he was turned down for legal aid in 2013 and again by the Quesnel office directly, on June 7, 2015 Topham sent a letter requesting Legal Aid in Vancouver reconsider his request.  Though they “lost” his letter they did allow him to reapply legal aid.  After giving them all the documentation they required (again) he waited… and waited…

On August 7, 2015 Arthur Topham called Legal Aid directly and spoke to the person he’d been dealing with.  The news shocked him.

“I have approved your application for legal aid and sent a contract to Mr. Barclay Johnson as per your request.”

In Canada it seems if you persevere long enough… you really can be treated the same as a sex offender.