If it wasn’t bad enough that civil forfeiture laws allowed cops to steal your property and your cash without a warrant and force you to “prove” it was not the proceeds of crime along comes the Oklahoma Highway Patrol.

“If you can prove can prove that you have a legitimate reason to have that money it will be given back to you. And we’ve done that in the past,” Oklahoma Highway Patrol Lt. John Vincent said.

Excellent news, because proving a negative is always such a simple task. And by simple I mean impossible, of course.

You cannot prove a negative. Just ask Ontario gunsmith Bruce Montague, who is about to lose his family home to civil forfeiture thieves because he cannot “prove” he didn’t pay for his home with the proceeds of crime.

How awesome is that! Um… not. 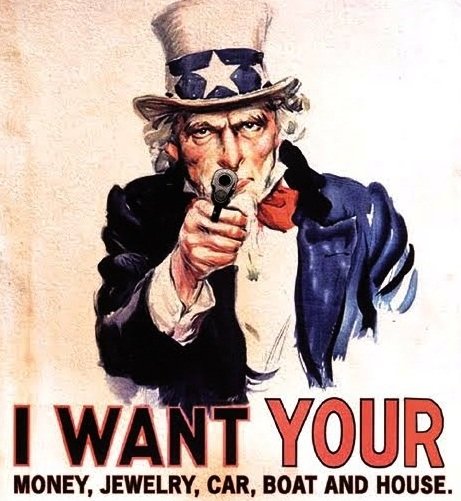 Naturally the thieving thugs assure we that such slimy and dishonest tactics are not used in “all” traffic stops. Just the ones where they think you’re not acting appropriately.

Except for the total lie contained within that statement.

The entire point of civil forfeiture laws is the state does NOT have to prove anything before stealing your money or your property. These laws are written so the onus is on you, the mere citizen, to prove you did NOT gain your money or property illegally.

Good luck with that.

Innocent until proven guilty? That’s so 20th century. This is Oklahoma in 2016 for God’s sake!