Gersh Kuntzman, the New York Daily News writer who is so terrified of guns he almost wet himself, must turn in his “Man Card” immediately.

The day after the Florida tragedy this pathetic example of eviscerated manhood wrote:

I’ve shot pistols before, but never something like an AR-15. Squeeze lightly on the trigger and the resulting explosion of firepower is humbling and deafening (even with ear protection).

The recoil bruised my shoulder, which can happen if you don’t know what you’re doing. The brass shell casings disoriented me as they flew past my face. The smell of sulfur and destruction made me sick. The explosions — loud like a bomb — gave me a temporary form of PTSD. For at least an hour after firing the gun just a few times, I was anxious and irritable.

Seriously? It gave him “a temporary form of PTSD”??? You are an offense to every man and woman who ACTUALLY suffers from PTSD and you ought to be ashamed of yourself.

Gersh Kuntzman, your Man Card is revoked. You’re clearly not qualified to call yourself one.

If you were anxious and irritable for over an hour after firing an AR-15 then I can only surmise it was your encounter with actual manhood (in the person of Frank Stelmach) and the tools men use (the AR-15) that left you so terrified. Run back to your crib and wrap yourself in your Linus blanket immediately. And stay away from that keyboard. You will only do yourself more harm.

Even though Kuntzman describes range owner Frank Stelmach as someone who “has difficulty describing why law-abiding citizens” would ever need a gun like the AR-15 Kuntzman manages to skip the fact that Frank Stelmach is, in reality, an actual man who is proud of who he is and what he stands for.

The reason the King of Eviscerated Manhood tested the AR-15 is because he cared little for the facts and much about making a political statement. Kuntzman, like the rest of the Mainstream Media, had no interest in factually identifying the gun this Muslim terrorist used to kill 49 people. No, he’d heard of the evil AR-15 somewhere so that MUST be what was used, right?

But why get a little facts get in the way of a good propaganda piece?

Like the fact the killer was, in fact, a moronic Muslim terrorist who pledged his allegiance to ISIS and the fact that he had openly and repeatedly threatened terrorist acts before.

“The fact that this shooting took place during Ramadan and that ISIS leadership in Raqqa has been urging attacks during this time, that the target was an LGBT night club during Pride, and – if accurate – that according to local law enforcement the shooter declared his allegiance to ISIS, indicates an ISIS-inspired act of terrorism,” House Intelligence Committee Ranking Member Rep. Adam Schiff said.

Let’s not forget that Omar Mateen, this moronic Muslim terrorist, had a license to purchase firearms and legally purchased the rifle he used to murder 49 people and injure hundreds more. The FBI investigated him twice previously but were unable to confirm he was a threat.

For the Main Stream Morons “facts” must always be invented when they don’t fit the pre-planned narrative. (Right Katie Couric?) 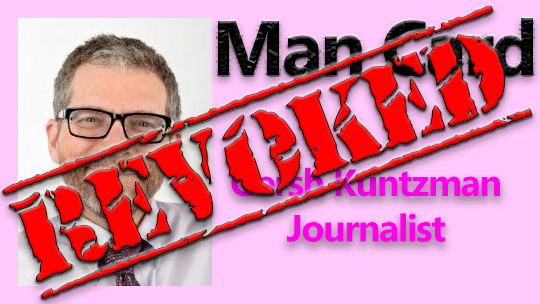