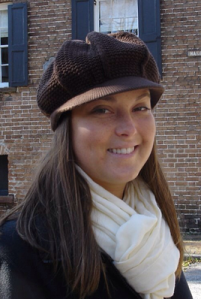 Sarah Elizabeth Jones died on the set of “Midnight Rider”, a film directed by Randall Miller, just over a year ago. The director wanted to “steal” a shot on a railway trestle without obtaining any permits or permission from the railway. When a train came through it hit a bed the crew had placed on the tracks for the shot, which in turn hit Sarah Jones and knocked her into the oncoming locomotive.

Sarah Jones died on the spot. Eight other film technicians were injured.

CSX Transportation, the company who owns the railroad where Sarah Jones was killed, denied the production access to the train tracks twice. Filming went ahead regardless.

Instead of facing trial on criminal negligence and manslaughter charges the director of the film, Randall Miller, pled guilty to those same charges. In exchange for his guilty plea the prosecutor agreed to drop charges against Miller’s wife, the producer of the film, as well as charges against his business partner.

Randall Miller was sentenced to 2 years in prison, 8 years of probation when his prison term is complete and a $20,000 fine. He said in court that obtaining permission was “not his job” and therefore not his responsibility.

Jay Sedrish, the executive producer of the film, managed to avoid jail time with his guilty plea and will serve 10 years on probation. 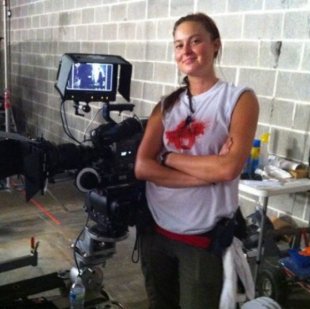 “No one won anything today,” Richard Jones, Sarah’s father, said.

“It’s just a great deal of loss for everyone involved.”

Asked if he was happy with the result, he said:

He also said that he hopes that Sarah’s death will not be in vain and that “the sacrifice of our daughter will change the industry for the better.”

After the guilty plea by Director Randall Miller, Sarah’s mother, Elizabeth Jones read her victim impact statement for the court. It is reprinted, in part, at the end of this article.

Both of Sarah’s parents have fought for better safety on set since their daughter died, but it is a long, uphill battle. They launched SafetyforSarah.com, a website devoted to ensuring safety on all film sets, and is supported by IATSE, the major film union representing film technicians.

“This tragedy has brought together the film making community in a way that I have never seen. Much of that is due to the person Sarah was… hard working, fun, and a friend to very many people. What happened on that train trestle in Georgia horrifies us all. It can never happen again.”

Elizabeth and Richard Jones also created a Public Service Announcement advocating for better safety on film sets. That video can be viewed on YouTube: https://www.youtube.com/watch?v=4BausdKnZc0

A second PSA was created with their blessing, and it too can be found on YouTube at: https://www.youtube.com/watch?v=PpzoiOKsxEg

Thankfully those responsible for safety on set, those who failed their crew so tragically that day, are being held accountable for their actions.

The First Assistant Director, or 1st AD, is the designated safety person on a film set. The 1st AD on this film, Hillary Schwartz, just pleaded guilty to the charge of manslaughter. All that remains to be seen is the sentence she receives for costing Sarah her life. I doubt her sentence will be as harsh as it should be given she agreed to testify against the others facing criminal charges.

In her favour is the fact her agreement to testify is the primary reason director Randall Miller pled guilty in a deal that saw his wife walk free.

It is reprehensible that the executive producer received only probation, but this just shows us that a good lawyer can be very effective at saving your butt when the chips are down, dead crew member be damned.

It is atrocious that costs the life of a vibrant young woman must be lost before anyone will address safety concerns on film sets. Film crew work in dangerous conditions on an almost routine basis and nobody says a word, primarily for fear of losing their jobs because they are not “team players“.

The needless and senseless death of Sarah Jones seems to have changed all that, and that’s a good thing. She may well be remembered as the woman who changed the way safety is handled on film sets forever.

What is certain, however, is the pain and loss suffered by Elizabeth and Richard Jones will never go away. They lost their daughter for the most senseless of reasons: a director wanted his shot and he didn’t care what it cost anyone else.

Hollywood is filled with directors just like Randall Miller. Perhaps now those directors will now value the lives of their crews just a little bit more knowing that if they do not, they too could spend time in a prison cell.

“To tell of the character of Sarah Jones, one must first understand in every sense of the word, Sarah was a character. She was distinctly her own person. To discover what was behind her effervescent smile or her bubbly giddiness was to discover such a positive life force that nothing could or would stand in her way of achievement. She was happy, she was content. For every known word that could characterize Sarah, there is none more distinct or accurate than the word ‘genuine.’ Sarah always gave you her better, her uncontested presence of who she was and you knew where you stood on most any subject. She was genuine. She was down to earth.

“Give Sarah any topic of conversation and one knew where she stood. She invited others into her world. There were no boundaries, no barriers, no circles. She loved people.”

“The crate that sits before me is labeled ‘costumes.’ As I open the lid, I halfway smile. Her tutu outfit, her cowboy outfit, her cowboy hat, killer bunny slippers, and a plastic sword. More outfits, more costumes, as a kid Sarah loved dress-up. Pipi Longstocking, Dorothy from The Wizard of Oz, Minnie Mouse. I discovered that as an adult, Sarah still enjoyed dress-up.”

“Her friends tell me that Sarah was quite adept at taking on a character and how much fun Sarah could make any occasion. I put the lid back on the crate. That box can wait. Even after one year of her being gone, I find I am not ready to deal with this. I go to the next box. ‘Writing, Thoughts, Meditations.’ I open the box and find spiral bound notebooks, tablets, pieces of paper, all with quotes or inspiration or some phrase I remember her once talking about. She would write what inspired her, she would write the things she questioned, and she would write what she had just learned. Sarah was a deep thinker, wise beyond her years. Together now, stored in a box, is a summation of her inner self.

“Sarah was big on communication. ‘If something is on your mind, say it.’ She was all about putting yourself out there. Life is too short to leave things unsaid. Not always fun to face the facts or deal with ‘What is’ but more often than not, she was right. Her life was too short. I decide to wait on this box. It brings on emotions of sadness. Sarah had so much to offer.

“The next box is labeled ‘Books.’ I open the lid and find titles that amaze me. ‘The Once and Future King,’ a book of poetry, Thoreau, Hemingway, ‘The Cinematographer’s Manual.’ She enjoyed reading and usually had a book with her just in case she would find herself with a few spare minutes. It was not uncommon that she sometimes read two, maybe three books at a time. I once asked her how she could read multiple titles at the same time. ‘It depends on how I feel at the moment as to what I want to read,’ she said. The diversity of her interest was in a box. I took her books and made room on our book shelf. One day I may read them myself.

“Next crate … ‘Gear.’ Inside I found her adventures. Scuba gear. She had just acquired her advance PADA certificate while on a trip to Belize. She thought that one day she might enjoy filming underwater. Dirt bike boots and a helmet. A year earlier, Sarah had earned her motorcycle license. She loved adventure and she was fearless. Now her adventures are packed away, in a box, stacked with the rest of her life. Too many boxes for such a short life.

“Boxes of Sarah still sit in my living room. I think about it and smile. This was her favorite room. She would sit on the couch, bundled with a blanket wrapped around her and listen to her father play the piano. She love hearing his music. ‘When I get married,’ she would say, ‘I hope my husband can play the piano.’ We will never know. It seems only right that for now, the content of the boxes of her life remain in the room with her father’s piano. One day we’ll sort through her things. But for now, the boxes remain.”