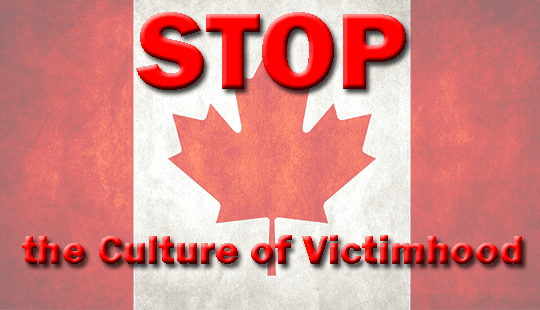 An article in the Calgary Sun titled “Airdrie liquor store Clerk fights back during attempted armed robbery” shows there are still MEN in the world willing to stand up for what is right. When a would-be armed robber entered the store where Sarb Gill refused to be a victim.

Instead of handing over the cash like the thief demanded, Gill

“unleashed a beating that sent the suspect, later identified as a 22-year-old Airdrie man Matthew Christopher Bleile, fleeing for his life and seeking treatment at a Calgary hospital.”

“Two friends got robbed last week, and my friend got robbed in High River on Friday,” Sarb Gill said.

“If we give them a lesson, next time someone will think twice before they think robbery is easy money.”

What is interesting about this case is that Sarb Gill is an immigrant. He didn’t grow up in Canada yet he possesses two attributes I would love to see in all our immigrants, indeed all Canadians everywhere, namely courage and honour.

From the Calgary Sun article:

Wednesday’s incident wasn’t the first time Gill resorted to force to thwart would-be robbers. Shortly after immigrating to Canada from India in 2008, Gill sent two armed robbers running after leaping over the counter and chasing them off with a baseball bat.

Clearly anyone attempting to rob any establishment where Sarb Gill works is both stupid and in for a very rude surprise. This is a man that simply will not give criminals the upper hand and for this I applaud him.

If we had more Canadians like Sarb Gill perhaps our criminals wouldn’t be quite so glib and carefree.

The RCMP, of course, doesn’t like anyone doing their job for them and made it clear they don’t want anyone fighting back against would-be thieves.

Airdrie RCMP said complying with demands and informing the police is the safest way to deal with robberies. Taking the law into your own hands is not a course of action encouraged by police.

“Taking the law into your own hands?”

Dr. Mike Ackermann took exception to that statement, as I would expect. Since his comments published on the Canadian Firearms Digest mirror my own I will let him have the last word.

When the police say they don’t recommend citizens taking the law into our own hands, I must ask:

In exactly whose hands do they think the law resides? It originates with the People, and remains with the People. It is always ours to respect and enforce. We just delegate some of that authority to our elected representatives and their hirelings because most of us are too busy to attend to it ourselves.

Make no mistake, what Mr. Gill did was admirable, his right, and his duty as a citizen.

These police talking heads would prefer him to meekly submit to the demands of his assailant. What then? Once you have submitted your life is in the hands of your assailant who may have bigger plans for you than just taking your money. Even if your money is all they want, it is still part of your life they are stealing, and I say to hell with that and to hell with anyone who demands the lawful should be ruled by the lawless.

We need more men like Mr. Gill. He truly is a man, after all, and we should try to live up to the example he sets, rather than promoting a culture of victimhood.