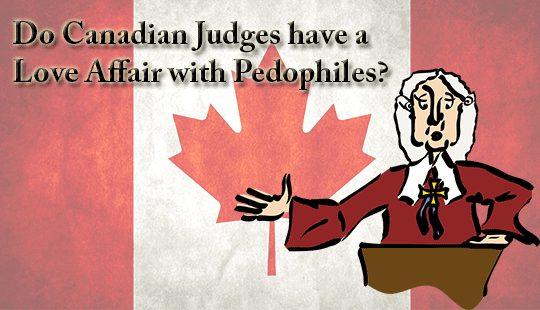 Justice Nick Borkovich is one of the few Canadian judges I have any respect for when it comes to sentencing sex offenders. In 1993 he sentenced serial pedophile James Alfred Cooper, who committed the most heinous crimes imaginable, to 30 years in prison after telling him,

“You are a lowdown, mean, despicable, evil manifestation of a human being that preys on little children.”

It was Cooper’s “bad luck” he was convicted and sentenced in 1993. Had he evaded detection another couple of decades he too could skate with just a few years in prison.

John MacKean is a sexual predator. I don’t know what other term accurately describes a man who would drive to a remote cabin and pay money to another degenerate sex offender, David James Leblanc, so he could rape a boy chained up in the basement of Leblanc’s cabin.

Justice Richard Coughlan sentenced John MacKean to just 2 years in prison for this crime, but he alone is not to blame.

Crown attorney Lloyd Tancock is equally despicable, for 2 years in prison is the sentence Tancock asked for, even though he described MacKean’s crimes like this:

“Just the age of the youth, the disparity in ages between the young fellow and the accused, the fact that it was under horrendous circumstances, that he knew what was going on, that it had been prearranged – it was all atrocious.”

Apparently not “atrocious” enough to keep this sexual predator behind bars for a sentence that reflects the severity of his crimes.

There is no such thing as “mitigating circumstances” in a case like this. That John Leonard MacKean was never caught before now means nothing.  A 65-year-old man simply does not wake up one day and say to himself

“I think I’ll pay some jerk so I can anally rape the boy he kidnapped and chained in his basement.”

That just doesn’t happen and I will not be surprised when more kids come forward and identify this man as their offender.

Lest we forget… there is the high-profile case of former hockey coach and serial pedophile Graham Michael James, convicted in 1997 for sexually abusing Sheldon Kennedy.

His sentence: just three and a half years.

He served only 18 months.

Graham James then faced new charges for sexually abusing Theo Fleury and one other young man.

His 2 year sentence is a slap in the face to all victims of sexual predators.

One wonders what Justice P.J. Carlson thought, handing down such a pathetic sentence for a repeat sexual offender.

So clearly not ALL Canadian judges have a love affair with pedophiles but it is equally clear many of our Canadian judges do. Why else do these degenerates continue to get slap-on-the-wrist prison sentences?

When the Conservative government introduces another mandatory minimum sentence for sexual predators it will be these very same pedophile-loving judges who complain loudest their precious powers of discretion were stripped away.

If they used discretion in the first place they would sentence sexual predators appropriately and we would not require Parliament to go where our pedophile-loving judges refuse to tread.