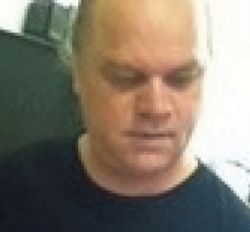 It took almost 10 years, but now there is an explanation for former National Firearms Association President Jim Hinter’s disappearance from the world.

Turns out Jim Hinter didn’t disappear at all; he simply decided using his first and last name might cause him problems, given the allegedly criminal nature of his demise from the NFA.

Hinter is currently listed as the president of a media website, NetNewsLedger.

While nobody from Canada’s National Firearms Association would say it on record, off the record Jim Hinter’s removal from the NFA presidency was shrouded in allegations of fraud. While he never faced criminal charges for those allegations, Jim Hinter left town so fast he forgot to remove one of his cowboy action handguns from of the gun safe at NFA’s Edmonton headquarters.

You may recall back in 2002 he faced a criminal charge of careless use of a firearm after he tried clearing a jammed handgun in his home, sending a bullet through the wall into his neighbour’s apartment. The gun jammed while he was at a shooting range and instead of dealing with the issue there, he took the still-loaded firearm home. After a lengthy trial Hinter was found not guilty of careless use of a firearm in a Calgary courtroom.

The negligent discharge was a black eye for both Jim Hinter and Canada’s National Firearms Association at the time.

According to the CBC story that revealed Hinter’s whereabouts:

Thunder Bay police have charged a city man with firearms-related offences in connection with the seizure of weapons in September 2012. Police report they were called to an apartment in the 100 block of North Edward St. after a landlord discovered a number of firearms allegedly belonging to a former tenant. Officers seized 23 firearms, including eight handguns and a large quantity of ammunition.

On Tuesday police located and arrested 53-year-old James Murray Hinter as a result of their investigation. Hinter is charged with unsafe storage of six firearms, and unauthorized possession of all 23 of the seized firearms. He has been released from custody on a promise to appear in court on May 27.

We wish Mr. Hinter good luck as he faces this latest round of criminal charges. He appears to be doing good work in the Thunder Bay community and it would be a shame if that work ended with him in a prison cell.